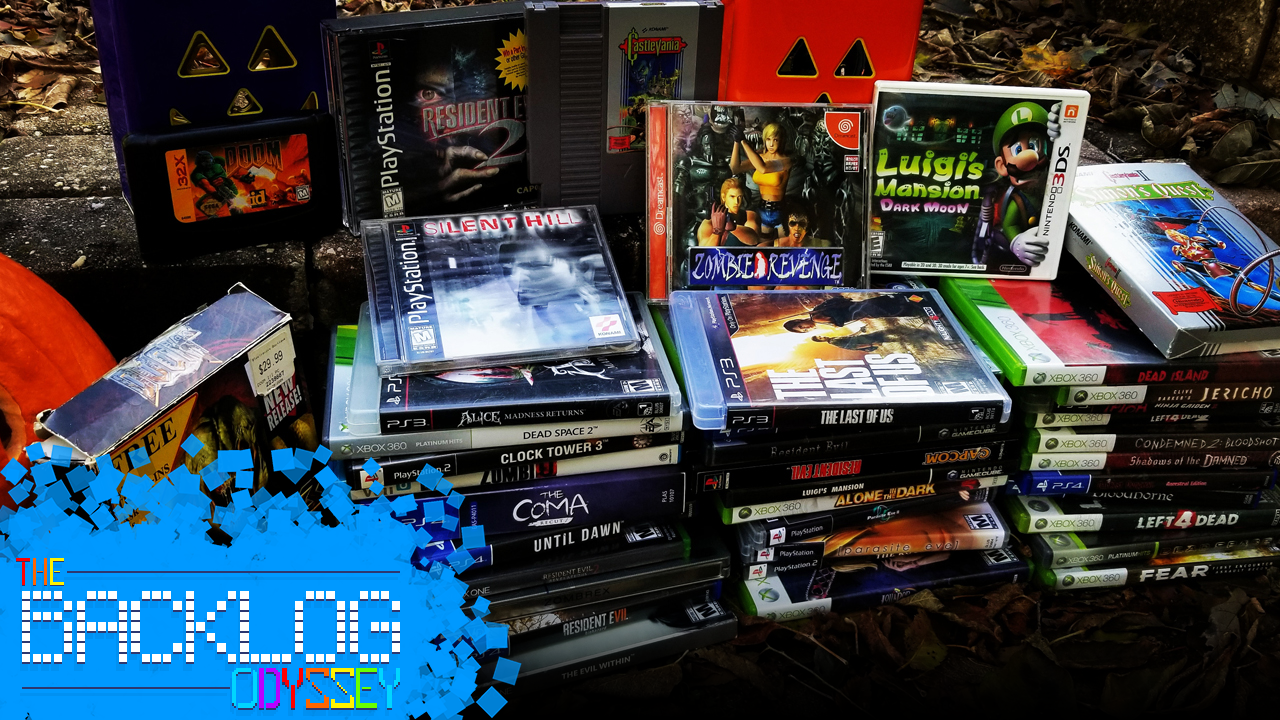 The 40 days of horror games challenge is complete and I talk about some of what went behind it!

Some Time in September 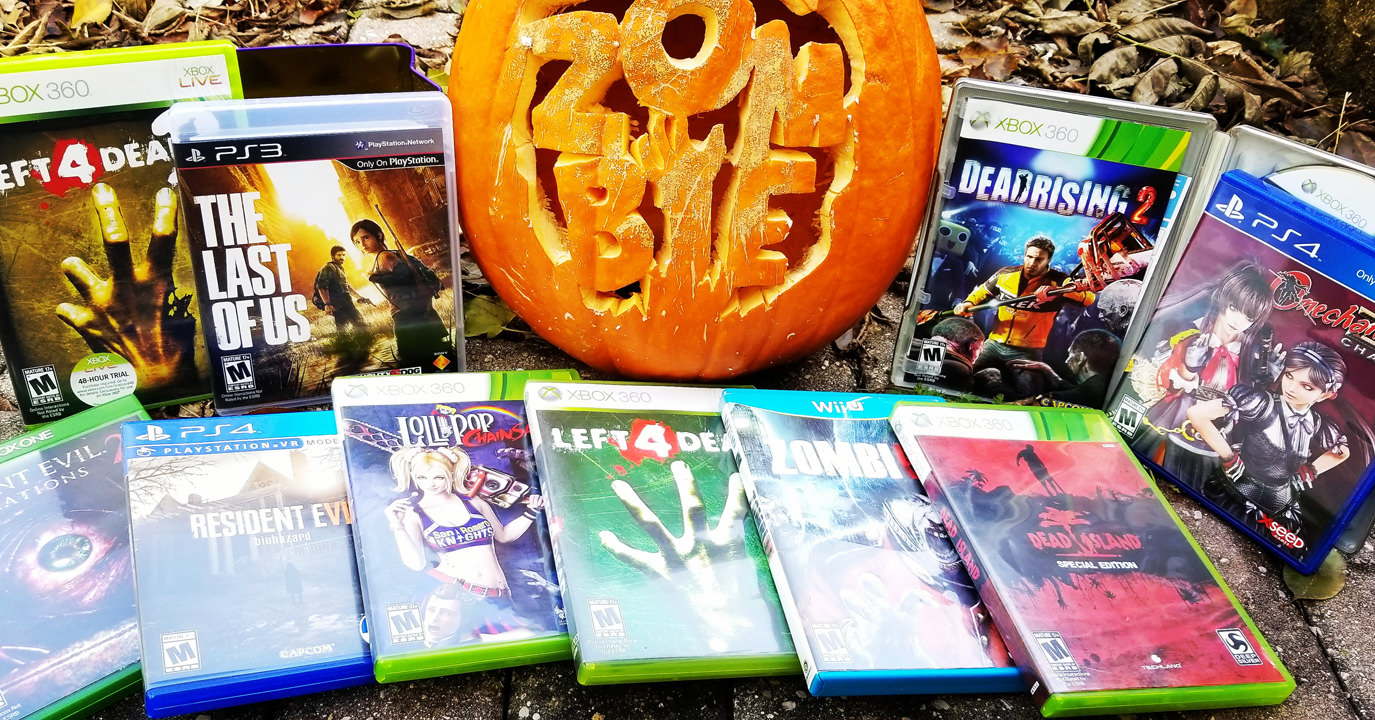 One weird September day (the 22nd if I recall), I said to myself, “You know what would be cool? If I shared a picture of a horror game from my collection every day until Halloween.”. Without even checking if I had that many physical horror games to take pictures of, I forged ahead. Research and forethought be damned! So I posted the first game, Silent Hill 4, feeling confident in my obsession with collecting these types of games. That’s right! That’s how I roll!

“Planning is for suckers!” I said to myself as I ran upstairs to my game room to look over my game collection. If it turned out I didn’t have enough then I could always just buy more, right? This is my uncontrollable collector’s brain steering the ship of course. As it turned out I did indeed have many more than 40 games. Don’t ask me why I went with 40 days instead of just 31… like I said it was September 22nd and the math was there. I took it as a sign, and I felt driven to run with the idea no holds barred. I’m not going to lie either, even though I didn’t need to, I may have expanded my horror game collection in the meantime. Don’t blame me, I have no self control. 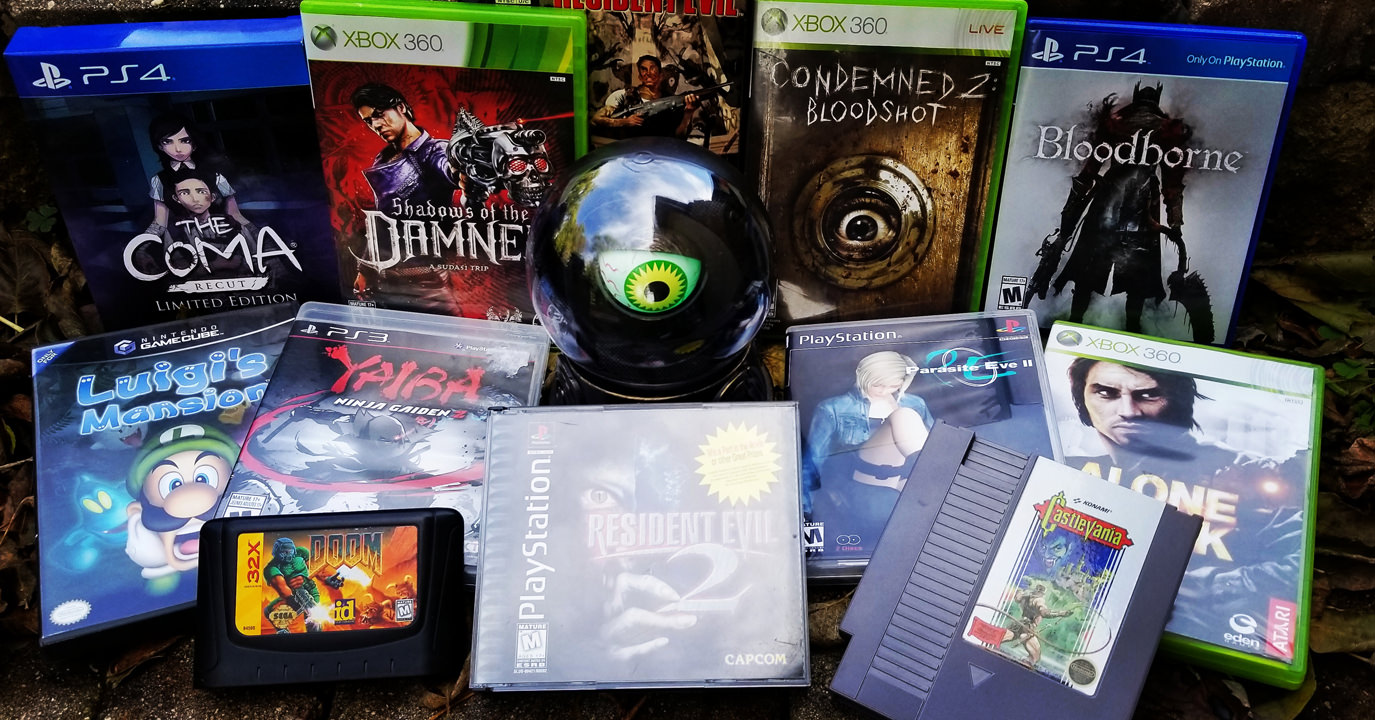 So, now I was burdened with the arduous and excruciating task of *gag* choosing which games to put on the list. You heard right, I made a list… I went from my laid-back “don’t need no plan” past self to the “I’m going to carefully construct and organize a curated checklist” less fun future self. Loose Cannon!! That’s me!

Anyway, the process was tough, but with the help of my adorable wife I narrowed it down to not only my favorites, but what I felt represented the horror or Halloween theme best. Of course, once the list was created, reworked, set in stone and approved using a ¾ majority vote I found other games around the house that I had overlooked, and then I went to Goodwill and found a few more games. Then as part of my birthday gift my wife sent me off to the retro video game store I’d been drooling over from time immemorial. With no limits! Spell it, NO LIMITS! Is that woman crazy?

I reined myself in and ended up spending only about $60… on horror games. So, now my poor list was looking worse for wear! With games being scratched off and changed out for others, the amount of red ink was reminiscent of the aftermath of a zombie massacre! That’s what horror games are all about though, right? Rolling with the punches…that and zombies. So many zombies… 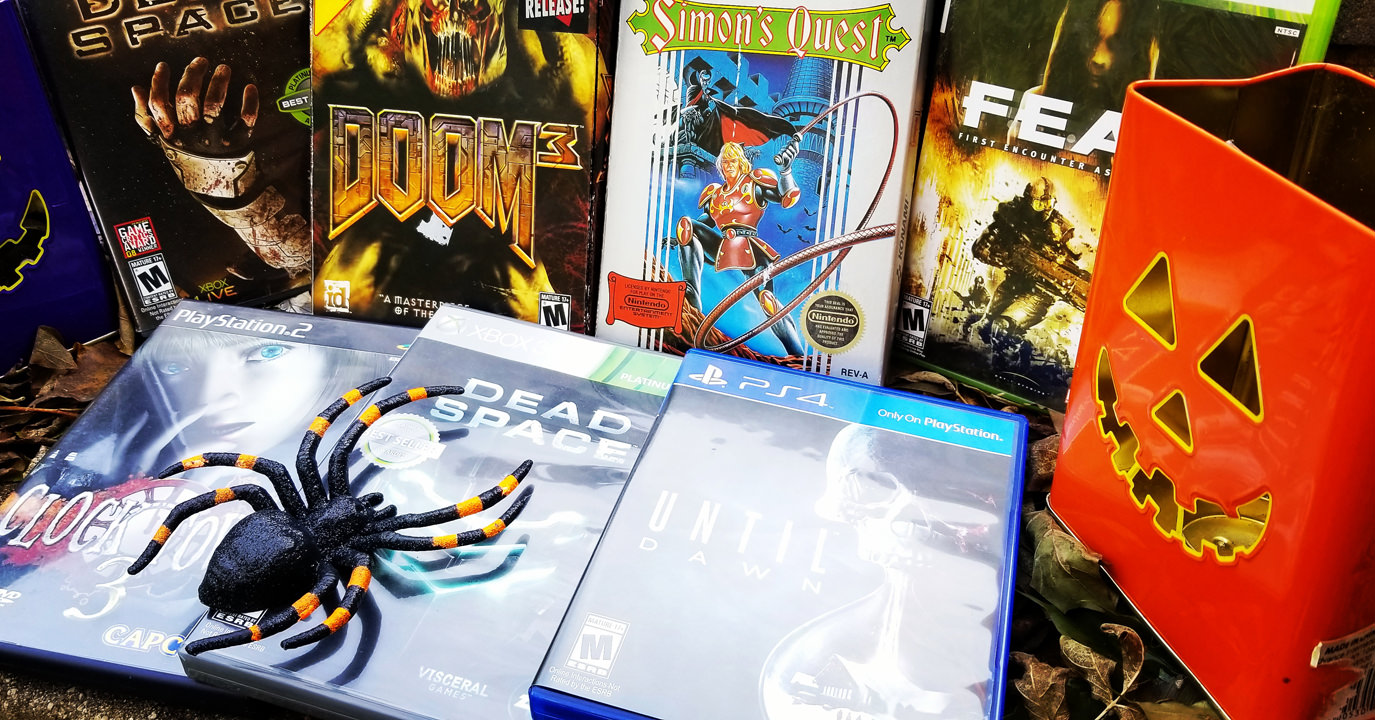 While I didn’t necessarily get to play a lot of horror game these past 40 days (other than Silent Hill 4. Which you should definitely check out!! *wink* *wink*) every game I posted holds a dear place in my memories. Each for either being a game that I absolutely loved playing or a game I had a great time finding out in the wild. It is one of my favorite genre after all. I know I definitely left out a ton of great horror games but that just leaves more room for next year! The real takeaway is that I had a ton of fun putting it together!

Without further ado here are the 40 featured horror games from my collection (in order of appearance):

The Other Other Ones 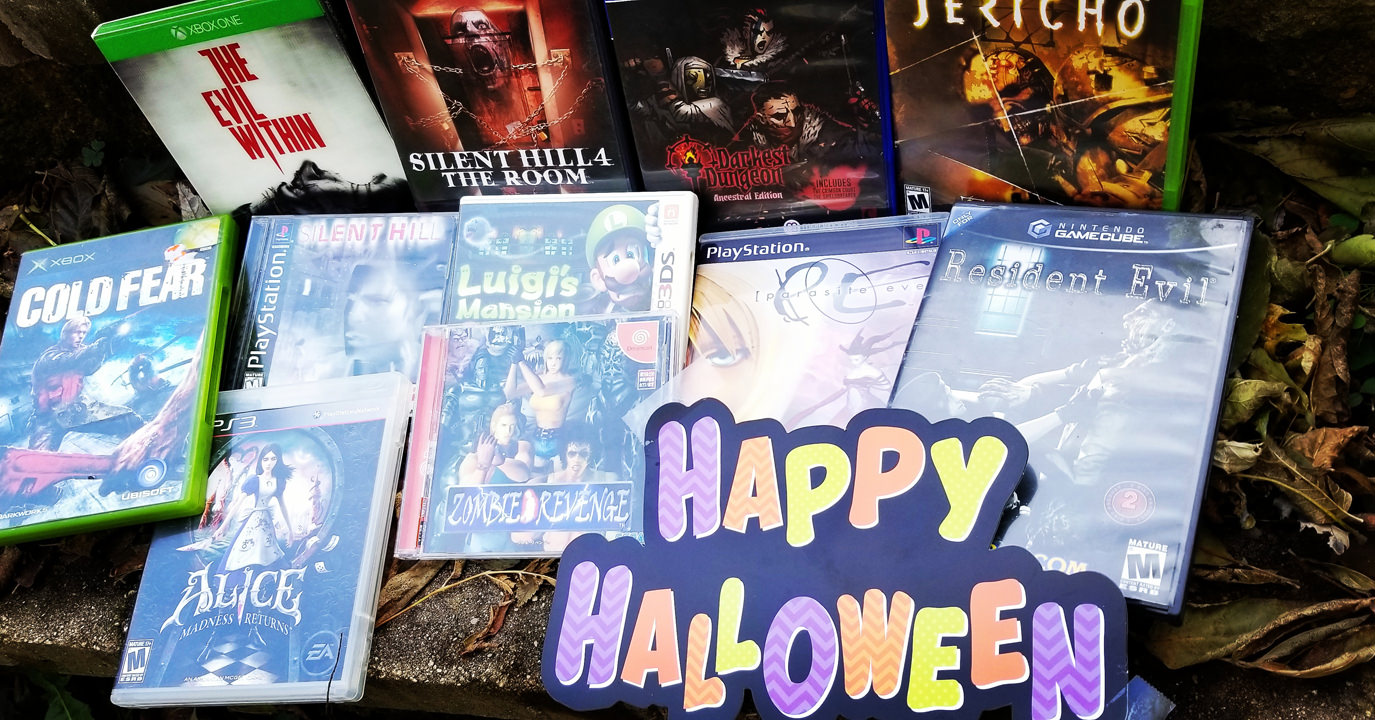 In addition to all of the games listed above from my physical collection, I can’t forget all of the the great digital games deserving of a place on my list! So here are some Digital Honorable Mentions:

As a genre I’ve loved throughout my entire gaming career, I don’t think I’ll ever stop trying to collect each and every horror game I come across. That being said, there are still many many games I’d love to have in my collection and hopefully by this time next year, I’ll have some fun new games to showcase!

So what are some of your favorite horror games? Are there any glaring omissions from this list? Let me know way down there in the comments section!

Check out my impressions of more games like those featured in the article on The Backlog Odyssey YouTube channel.

Images created by The Backlog Odyssey

Darkest Dungeon is an addicting and well crafted game but do you have the gusto to brave it’s dark a morose challenges?! […]

Doesn’t 2021 seem like the perfect year to get your fix of both horror and cyberpunk themed entertainment? I mean, the pivotal […]

The mind is a funny thing. It helps us express our creativity, solve complex problems, communicate with and relate information to one […]