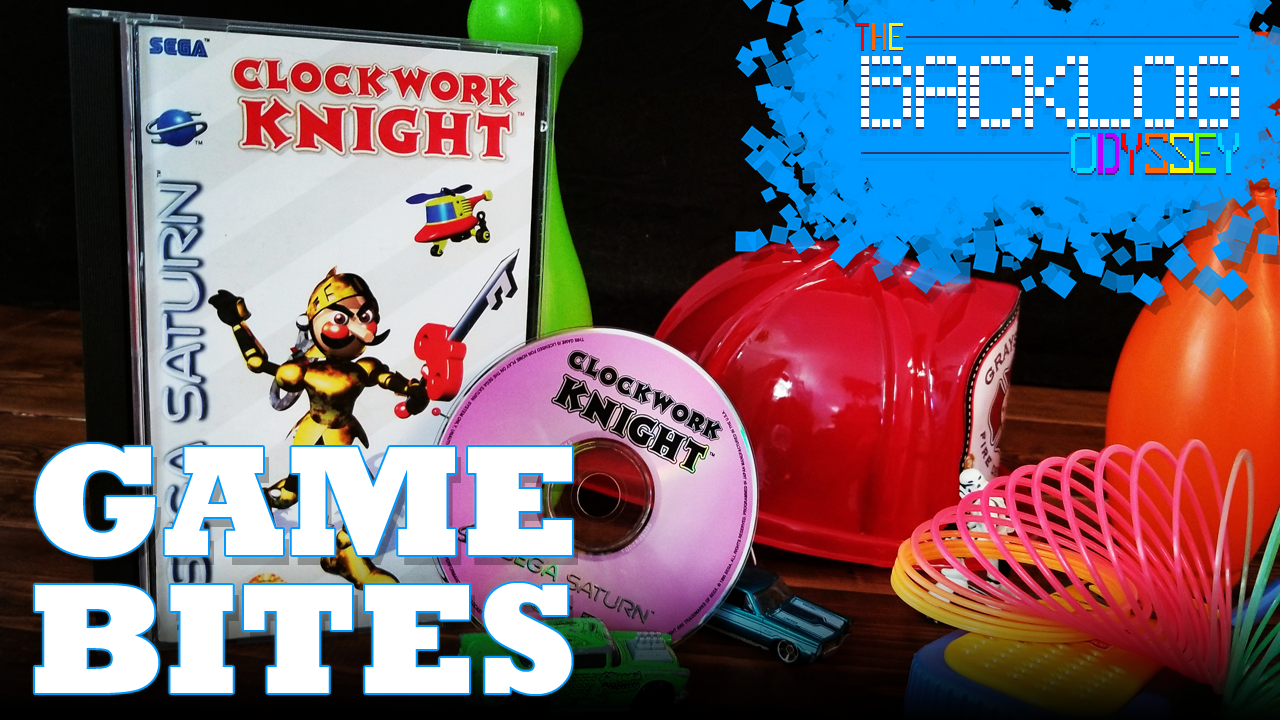 Join me as I take a look at the wonderful and charming Clockwork Knight on the Sega Saturn for the very first time! 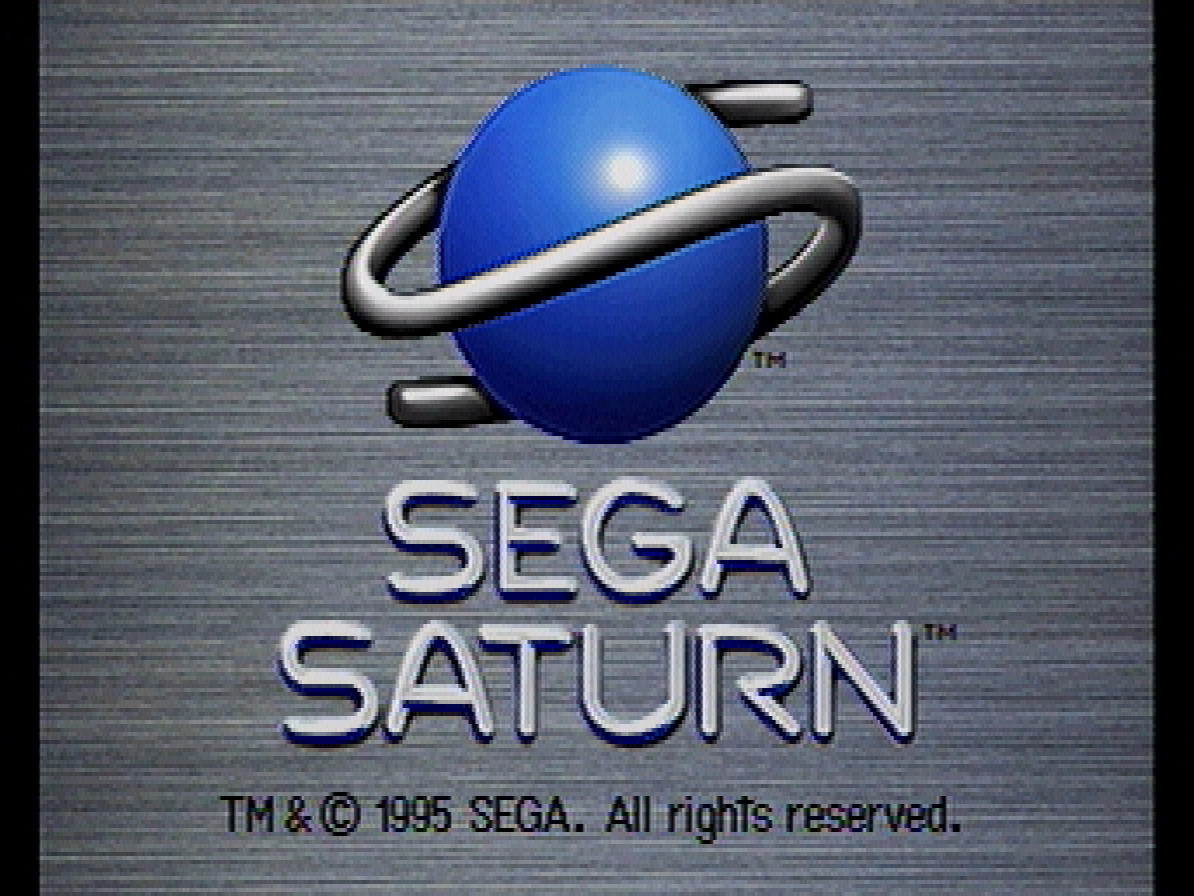 One of my favorite things about collecting and tackling my ever growing backlog of games is finding and playing that one game you’ve only dreamt of playing. In this case it wasn’t just a game, it was an entire console as well!

In the mid-90s I was all about the PlayStation. It was my go to console in the 32-bit era. Sony was the new kid on the block at the time, so it was strange that I would gravitate toward their console instead of the established Sega brand. Honestly though, I wasn’t really a big Sega fan to begin with.

On the other hand, I do recall pining over Sega’s “in your face” ads for the Sega Saturn and wondering what it would be like to have one of my very own. That exact sentiment has stuck with me for over 24 years now!! Until relatively recently that is. Now, I can finally call myself a Sega Saturn owner. 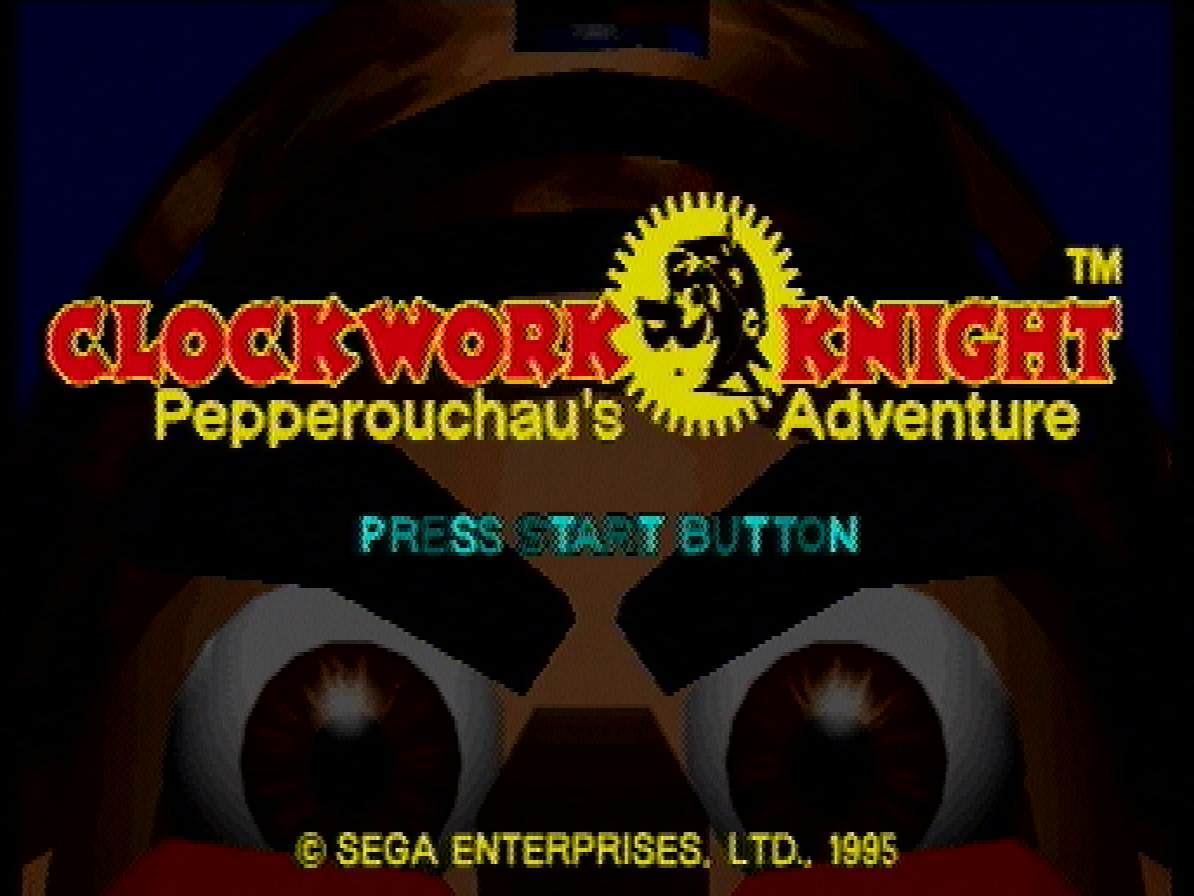 The dilemma at this point was, what should I play first? With an entire library of games I’ve never played at my disposal, it wasn’t an easy choice. Aside from the fact that approximately 98% of the entire Sega Saturn library sells for an arm and a leg these days. So my goal was simple, find a game that was both representative of what the Saturn had to offer and that wasn’t going to break the bank.

And that my friends is how I landed on Clockwork Knight. Not only was it an exclusive to the Sega Saturn, it was a launch title, meaning Sega was hoping to use this game to convince would be console buyers to lay down their hard earned cash on their latest hardware release. Oh and it sold for a fraction of the cost of some of the other games out there on the system!

The Turnkey of Justice 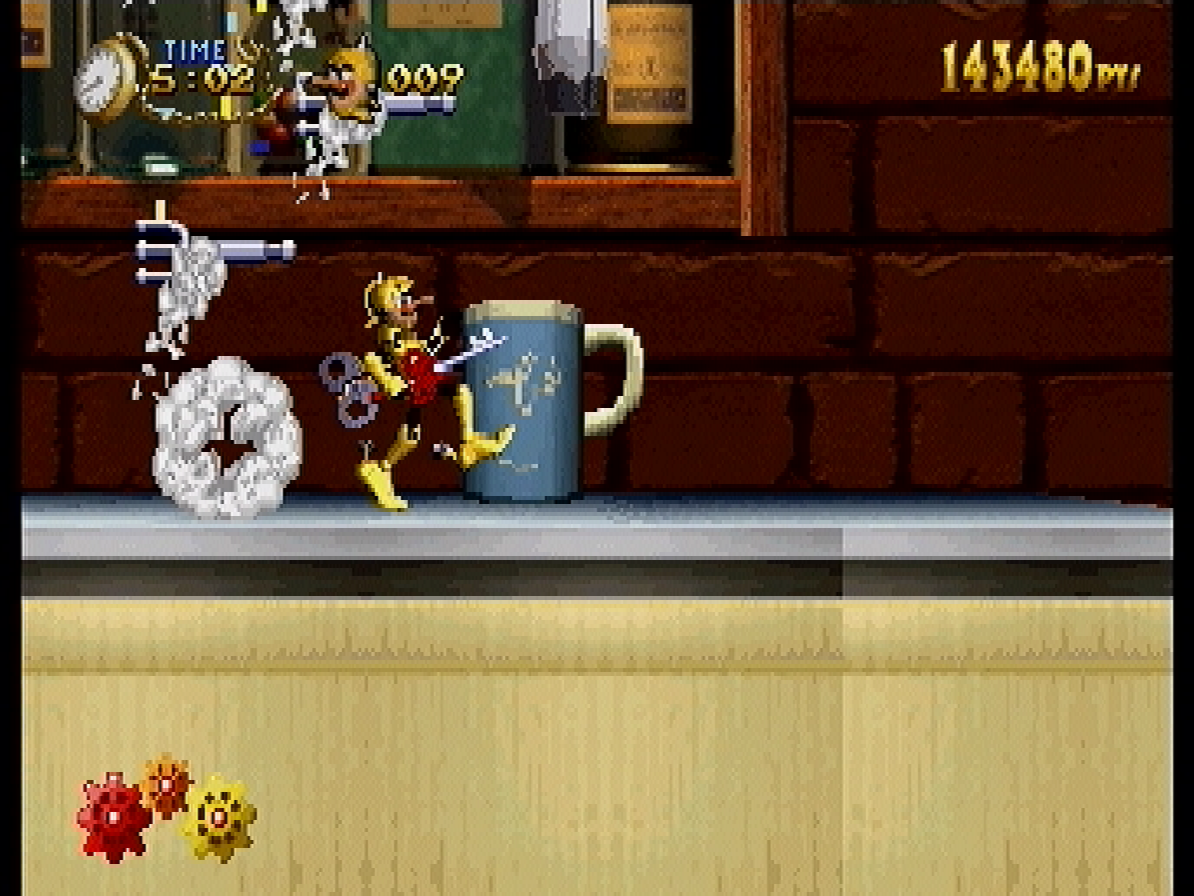 In Clockwork Knight you play as the ever vigilant and valiant Pepperouchau, who must dodge, duck, dip, dive and dodge his way through the 4 realms of the Clockwork Toy Kingdom… a.k.a. Some obsessive toy collector’s home… You’ll be twisting, turning and thrusting your key sword into any keyhole you can find and of course tearing down, DIY style, the “hypnotized and evil” enemy toys. They don’t know what they’re doing and your going to set them straight!

Sir Pepper is on a journey to rescue his one and only, Fairy Princess Chelsea of the Clockwork, who has the power to bring all of the toys in the kingdom to life and if she isn’t found by the break of dawn then all of her subjects, you included, will be left as a pile of lifeless wood, plastic and springs for the rest of eternity.

Toys are made for playin’ 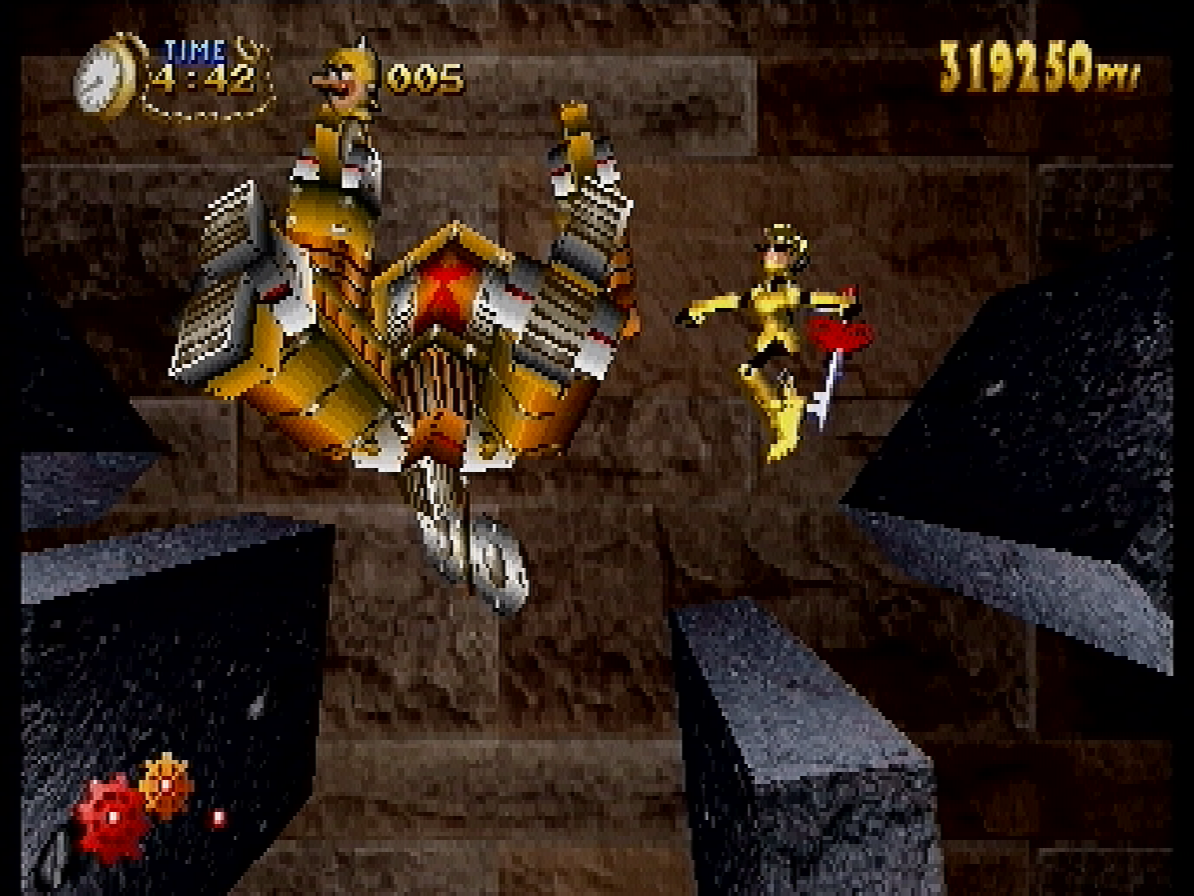 On the surface Clockwork Knight seems like a pretty generic and rote platformer of the era but if you dig a little deeper you’ll see that that’s pretty much what it is. No real surprises here. What it honestly reminds me of are the countless games of its ilk that you would find on the Genesis or Mega Drive. There’s something distinctly 16-bit Sega about it, which certainly isn’t a bad thing, but short of a few polygons here and there in the backgrounds and bosses I wouldn’t really call it the showstopper in the Saturn’s launch lineup. I’ve never really been a fan of the whole pre-rendered and digitized 3D graphics either, in this situation it just doesn’t do the Sega Saturn justice.

Clockwork Knight does suffer from some of the gameplay quirks and challenges developers oh so loved back in the early to mid 90s as well. Things like its use of lives and continues leave your playthroughs vulnerable to game overs which can result in a loss of desire to see the end of the game. And a lack of checkpoints and save features means you need to play and beat the game in one sitting if you want to see all of what it has to offer. Luckily, Clockwork Knight is short and relatively easy so within a few sit downs you’ll be seeing those credits roll in no time. At less than an hour to a complete playthrough it isn’t much of a commitment either.

This is only the beginning 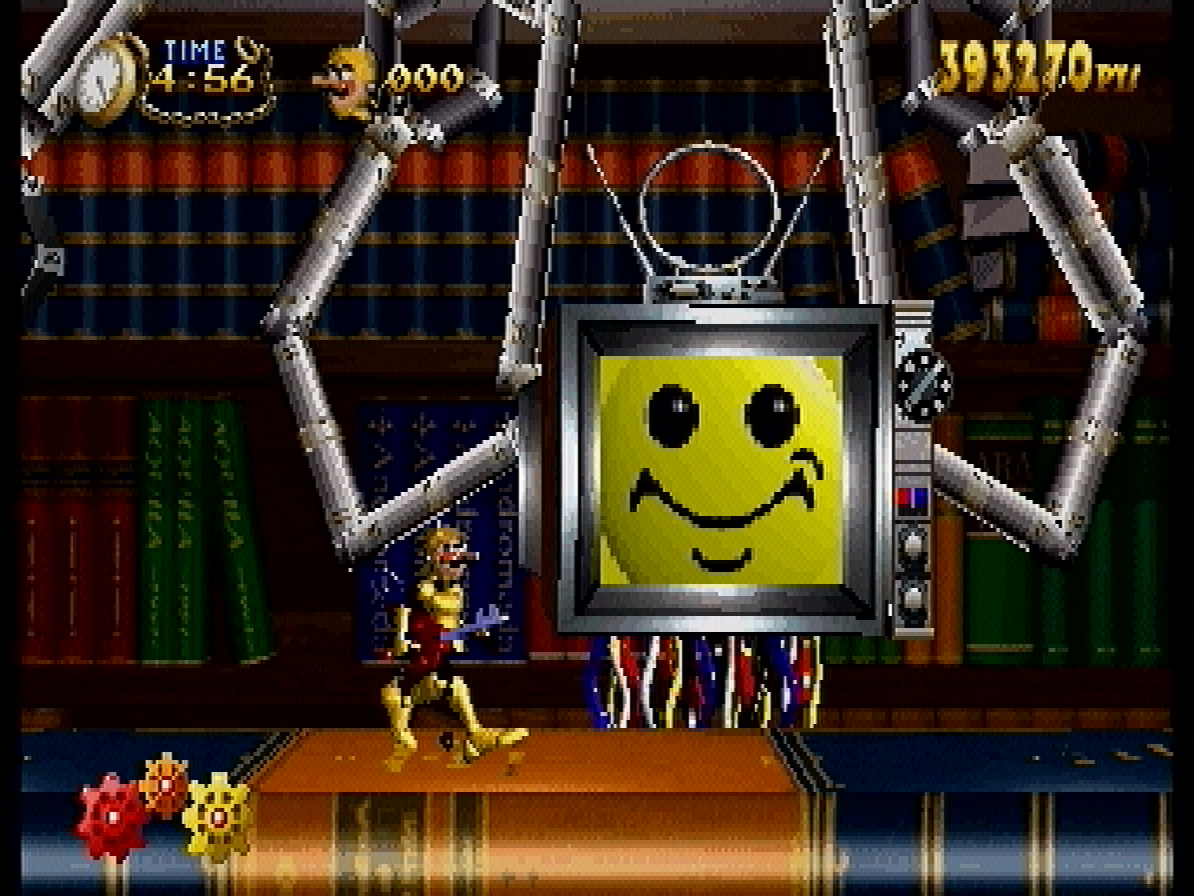 Although Clockwork Knight may not be THE premo title for the Saturn, I did have a great time playing it. It may not have aged quite as well as some of the other stellar games on the system but I would have been perfectly content if I had gotten it when the Saturn was crispy and new in ‘95. It has that wonderful launch game feel and that’s exactly what I was looking for when I picked up mine in 2018.

So what do you guys think of Clockwork Knight? Have you played it before and was this a good first choice as a fledgling Saturn collector?! Let me know way down there in the comments section.

You can also check out my impressions of the game over on YouTube: Game Bites | Clockwork Knight

Original images, screenshots and footage created by The Backlog Odyssey

From riches to rags and then back to riches again. A tale as old as time. Song as old as rhyme…Beauty and […]

I take a look at the creepy and gorgeous The Coma: Recut by Devespresso Games!!! Shrieking Killer Faculty Growing up can be […]

When cuteness meets rhythm in Giraffe and Annika will it hit all the high notes or end up a chaotic cacophony? Let’s […]

Being a half-genie guardian can be tough! You gotta shake those hips to get things done, put up with boisterous pirates and […]