A fast paced shooter that puts a little NEO GEO homebrew all up in your PlayStation 4! 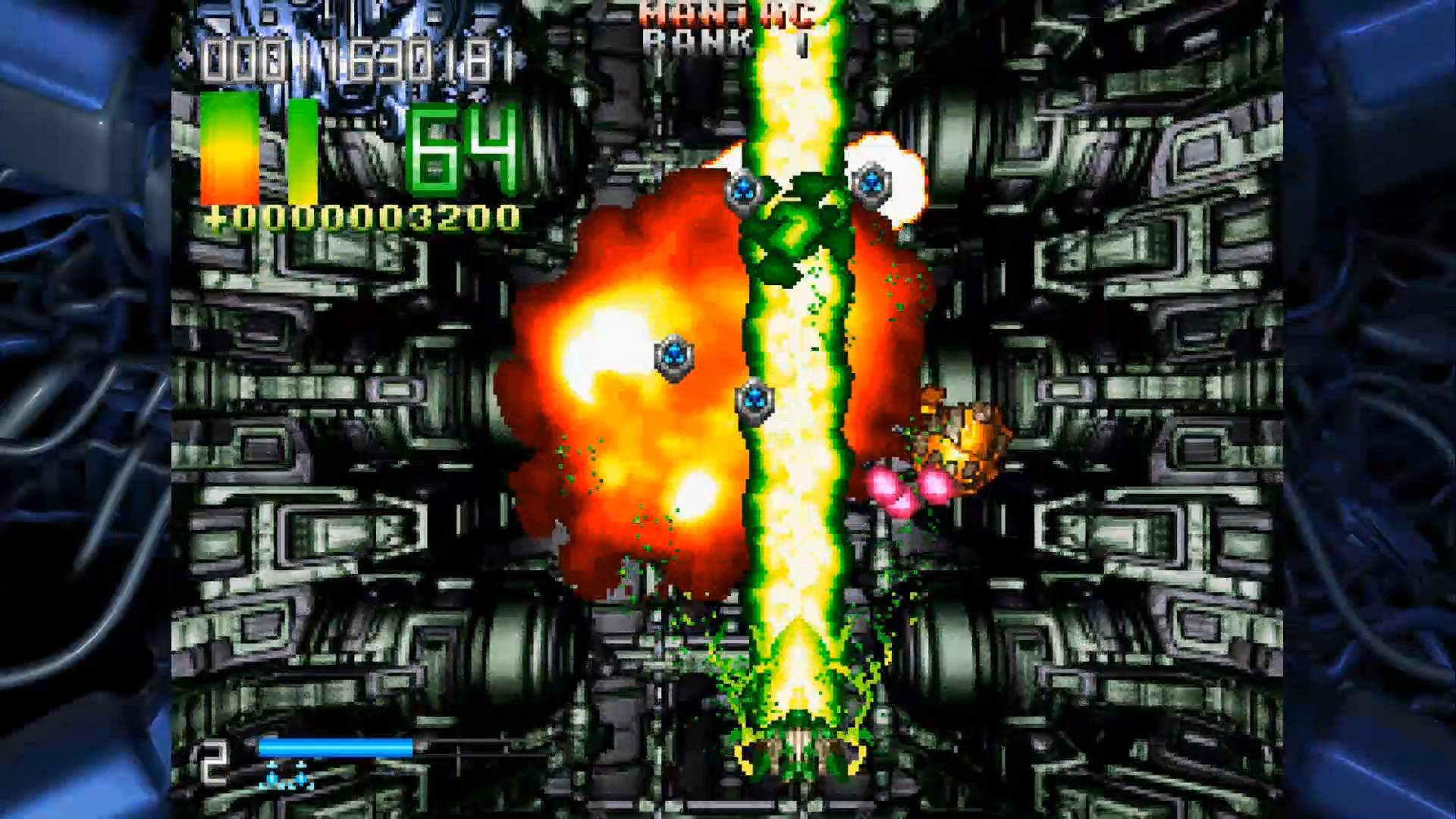 Generally speaking, I wouldn’t consider myself a very competitive person. I was never into sports and I never really enjoyed online competitive games. I’m more of a work together, co-op kinda guy. Unless of course we’re talking about arcades and high scores. Now that’s where I’ll bare my fangs all day, every day.

And one of my favorite arcade genres to climb the high score ranks is shoot em’ ups. From classics like Galaga to niche bullet hell titles like Deathsmiles you better believe it’s the churned cream that butters my biscuit. But after the mid-90’s where we had an overabundance of games on every home computer and console and in every arcade parlor known to man, the genre kinda died off. That is until the last few years where indie devs like NG:DEV have been taking the reigns and keeping this coveted genre alive with the likes of Fast Striker. 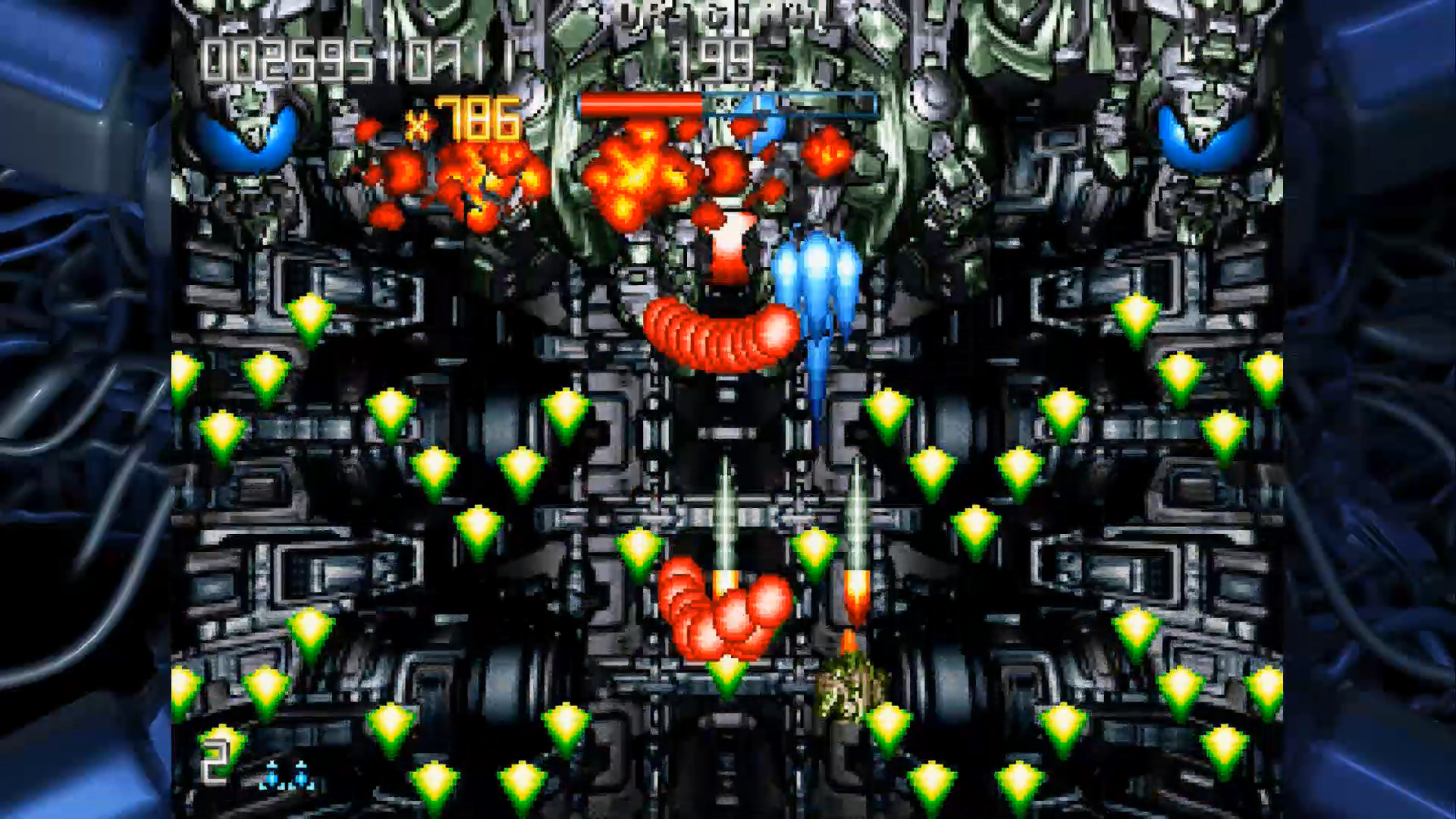 One of the most fascinating things about Fast Striker is that it was originally developed in 2010 as a homebrew release for both the NEO GEO MVS and AES as well as the Dreamcast! Which is super cool and also shockingly expensive, well at least for the NEO GEO carts. Ringing up at about 429 Euro or just under 500 US dollars a piece these babies would have most certainly left a crater sized hole in your wallet!

Luckily NG:DEV teamed up with Eastasiasoft and ported this shoot em’ up gem to the PlayStation 4 and the Vita in 2018. At a much more reasonable price I might add! Oh and, if you prefer curvy blu-ray discs to cold digital releases then you’re in luck, because there’s also a physical edition available exclusively from Play Asia. And I want to thank Eastasiasoft for sending me a review copy of the game! This timely critique wouldn’t have been possible without it! 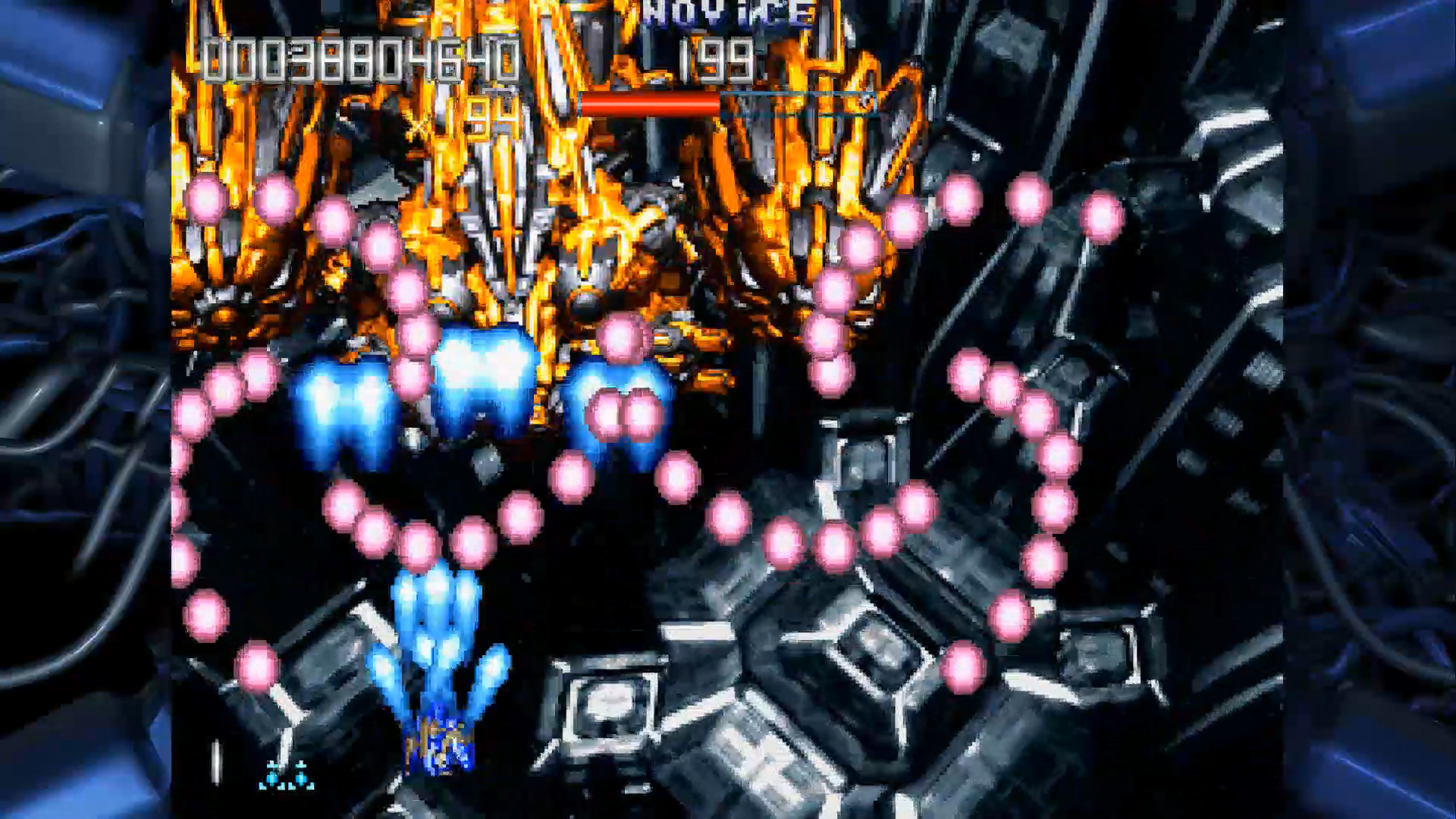 Fast Striker is a 2D vertically scrolling shoot em’ up where you can take control of three different fighter pilots with their own unique shot patterns and scoring strategies. You’ll be dodging and shooting your way through six action packed stages in hopes of (and this is pure speculation) saving the universe and gloating to your friends about your high scores.

After playing my fair share of shoot em ups including my recent time with Fast Strikers, I’ve come to this conclusion, a good shoot em’ up is not complicated. All one needs are tight controls and an intuitive scoring system. You can throw all the bells and whistles you want at a game like this and all you’ll be doing is muddying the waters. I think NG:DEV knew that because Fast Striker is a responsive and fast paced piece of eye candy that anybody can pick up and play and enjoy. 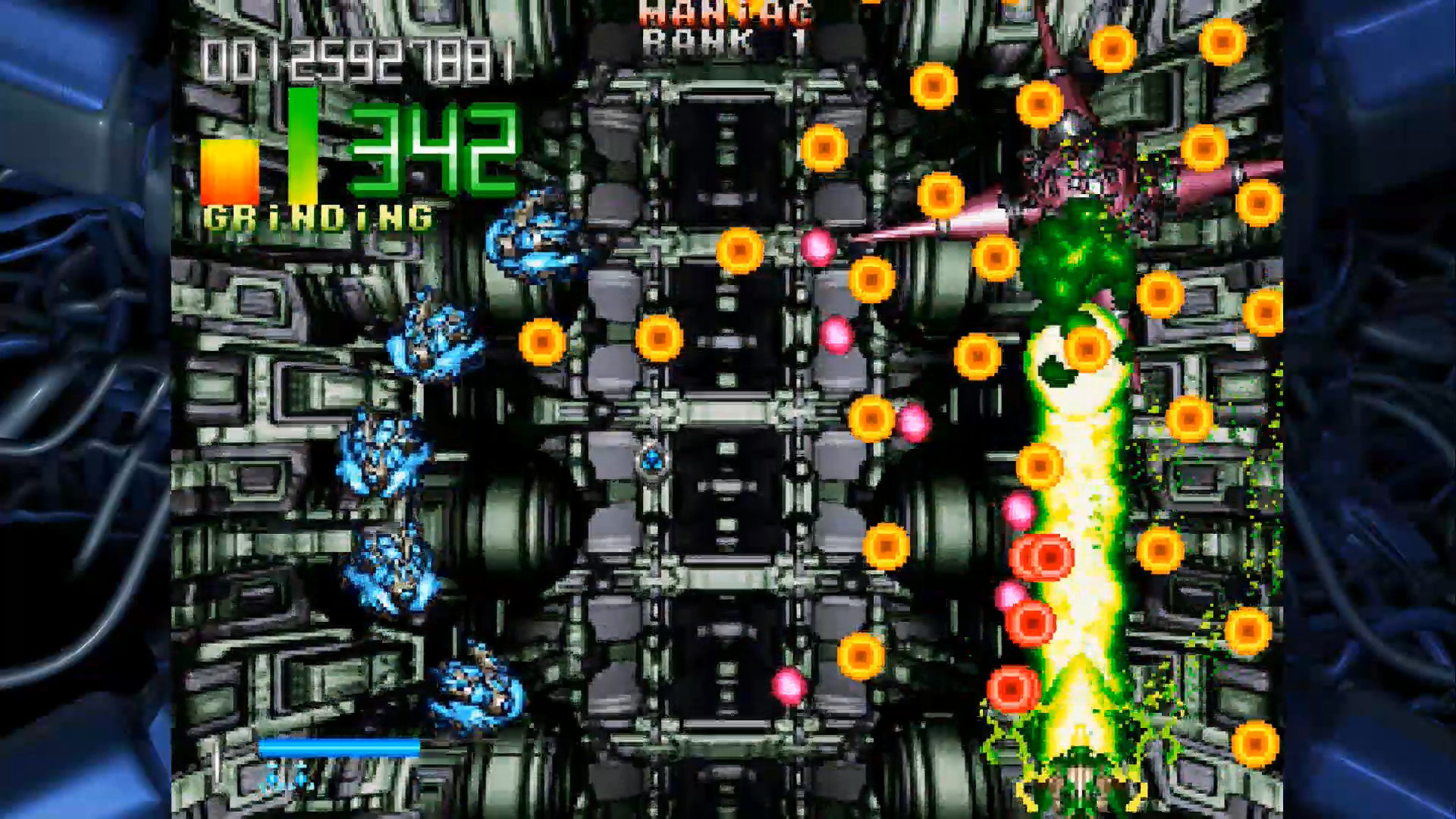 Not to say Fast Striker is devoid of complexity either, which any good shoot em’ up also needs, but you don’t need to be an expert in neuroscience to appreciate it. It’s accessible for those who could care less about high scores and just want to dodge the odd pink bullet or two, but also has just enough depth that it should whet the thirst of the hardest of hardcore shoot em’ up fans. Of course, NG:DEV also gives you the ability to crank the difficulty all the way up to eleven with Omake mode so you can live out all your masochistic bullet hell fantasies! 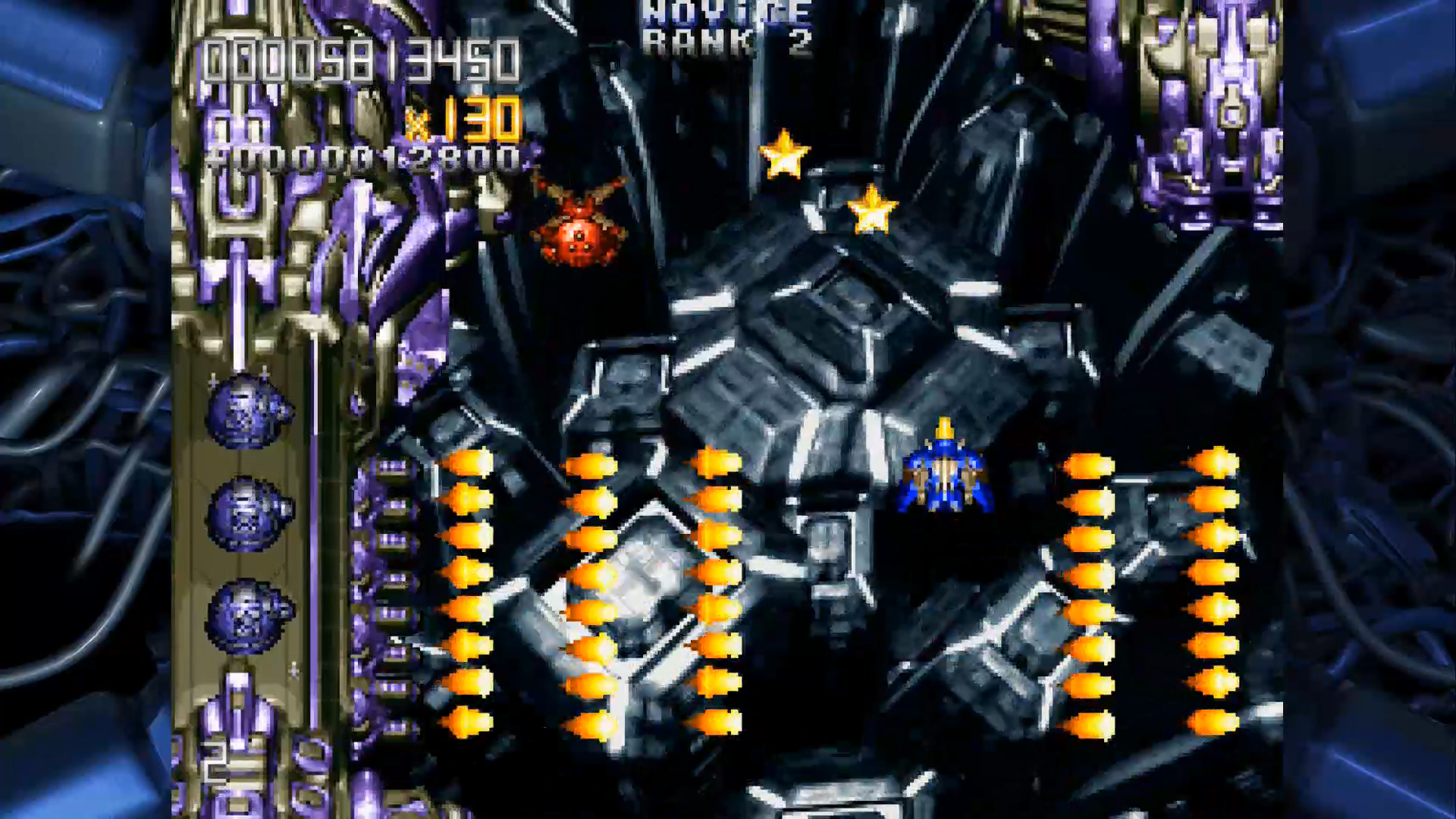 And no game like this would be complete without an abundance of bright, flashy visuals and thumping techno music either. Which Fast Striker delivers on in spectacular style. With visuals that’ll rival some of the best shoot em’ ups of the 90s, Fast Striker could easily go toe to toe with the likes of CAVE’s DoDonPachi or Seibu Kaihatsu’s Raiden II. And those pre-rendered CGI boss sprites are some of the best I’ve seen in a while. The background music on the other hand wasn’t as memorable as I would have hoped, but it still complements the action on screen perfectly and keeps you in a sweaty palmed trance as you try for that coveted one credit clear!

What’s really great is that it seems like the shoot em’ up genre is on a bit of a resurgence as of late, at least in the indie realm. It has always been one of my favorite types of arcade games to play and Fast Striker is exactly what I was looking for to get my high score fix. If your a fan of the genre I highly recommend you try this game out.

So what do you guys think of Fast Striker? Are you content with the digital release or do you need more of that limited physical edition goodness in your life? Let me know way down there in the comments!

Images and logos found in the thumbnail for this review courtesy of Eastasiasoft and the Fast Striker press kit. Screenshots and footage created by The Backlog Odyssey

Most of the time when we make mistakes there are unfortunate consequences right on our heels, but every once and a while […]

Remember when you were a kid and you could tell right away who you wanted to be friends with? You know, they […]

Washed ashore with only a gun in your hand and a mysterious mansion on the horizon, you discover your beloved has been […]