In order to find your way back to your own world you’ve got to dig down deep, muster a stone reserve and make it through grave circumstances.

Wait…You Want Me To Do What? 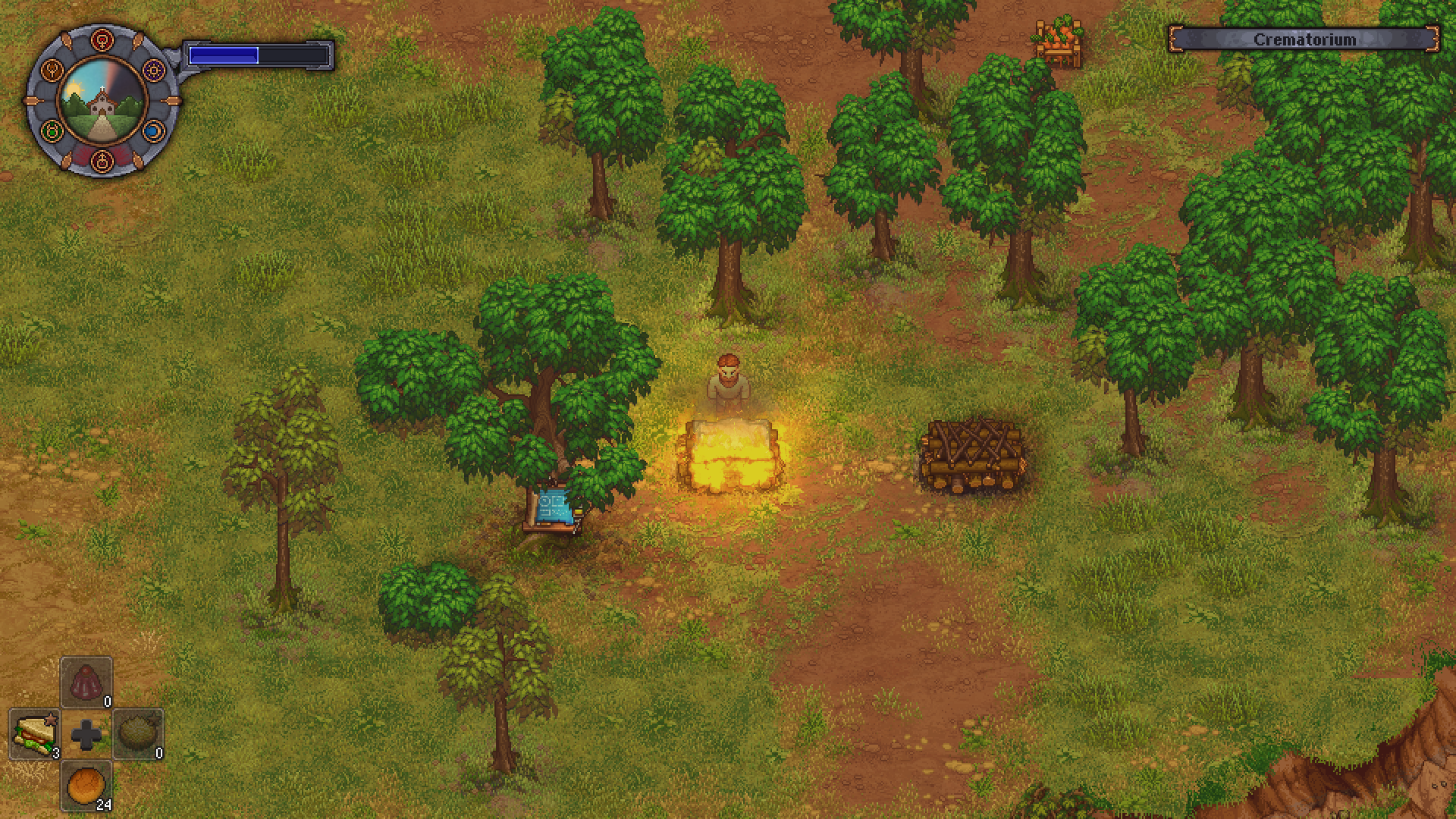 Have you ever been playing a run-of-the-mill, feel-good sim type game and thought to yourself, “You know what this game could use? Cannibalism!”…..Me neither! But down at Lazy Bear Games Studio that’s exactly what they were thinking when they birthed Graveyard Keeper unto the world.

On the surface, Graveyard Keeper falls in line with a lot of other sim focused rpgs, where you have to learn skills, manage energy levels, and craft absolutely everything under the sun. Graveyard Keeper on the other hand takes a bit of a darker turn in that one of your main tasks is to manage a graveyard and morgue. Now, while that doesn’t seem very dark in and of itself one of the first tasks you are taught to do is …are you ready for this?… take the “meat” from the bodies and sell it to the local tavern keeper….yeeeaaaah….and that’s not the only morbid duty you’ll be tasked with either. The game is filled with quests and experiences that will make you question your own moral fiber.

Can You Die From Exhaustion? 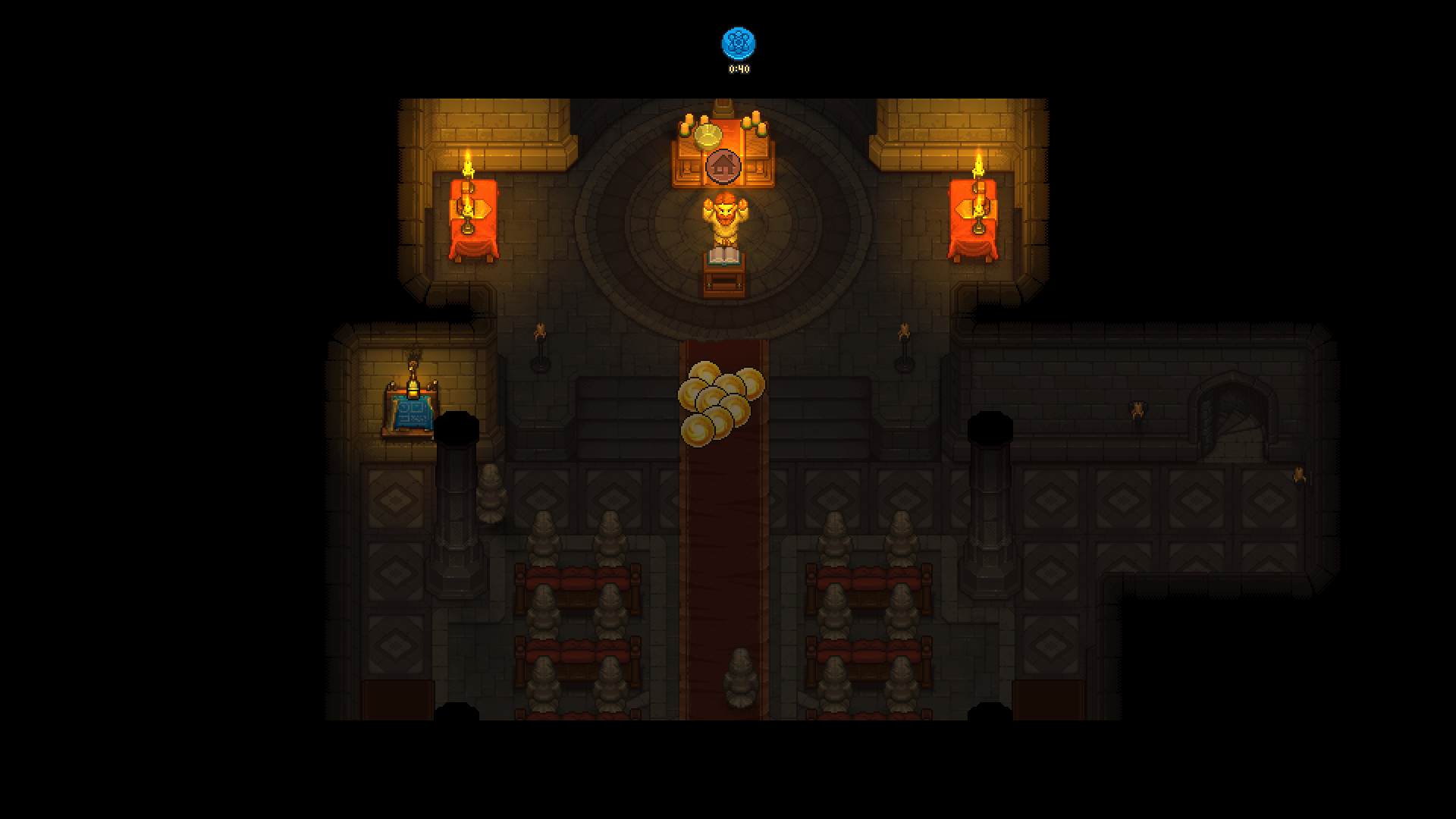 For the most part though the game consists of you doing menial tasks like gathering materials, crafting weapons and armor, building structures, growing vegetables, completing quests for the townsfolk, tending the graveyard, fighting in the dungeon….did I mention the plethora of unending things this game has you doing? I’ve played my fair share of sim RPGs before, but this game literally buries you in crap to do, outside of the whole “cannibalism grave keeping thing”. Luckily you aren’t really on any kind of a timer for completing these tasks. There is a little calendar wheel thing that will kind of tell you what day of the week it is, so to speak, but really if a character gives you a quest you can complete it on day 1 or day 100 and it makes no difference.

The graphics are very RPG Maker, but that’s not a bad thing at all. I think it suits the gameplay style. Everything is easily identified and almost adorable given half the weird stuff that’s going on in this game. I will say the accompanying sounds that go with each character’s dialogue are the most unique I thing I’ve ever heard. And thankfully your conversations with most of the townsfolk are pretty short because that loses its novelty pretty dang fast.

It Will All Randomly Work Out… 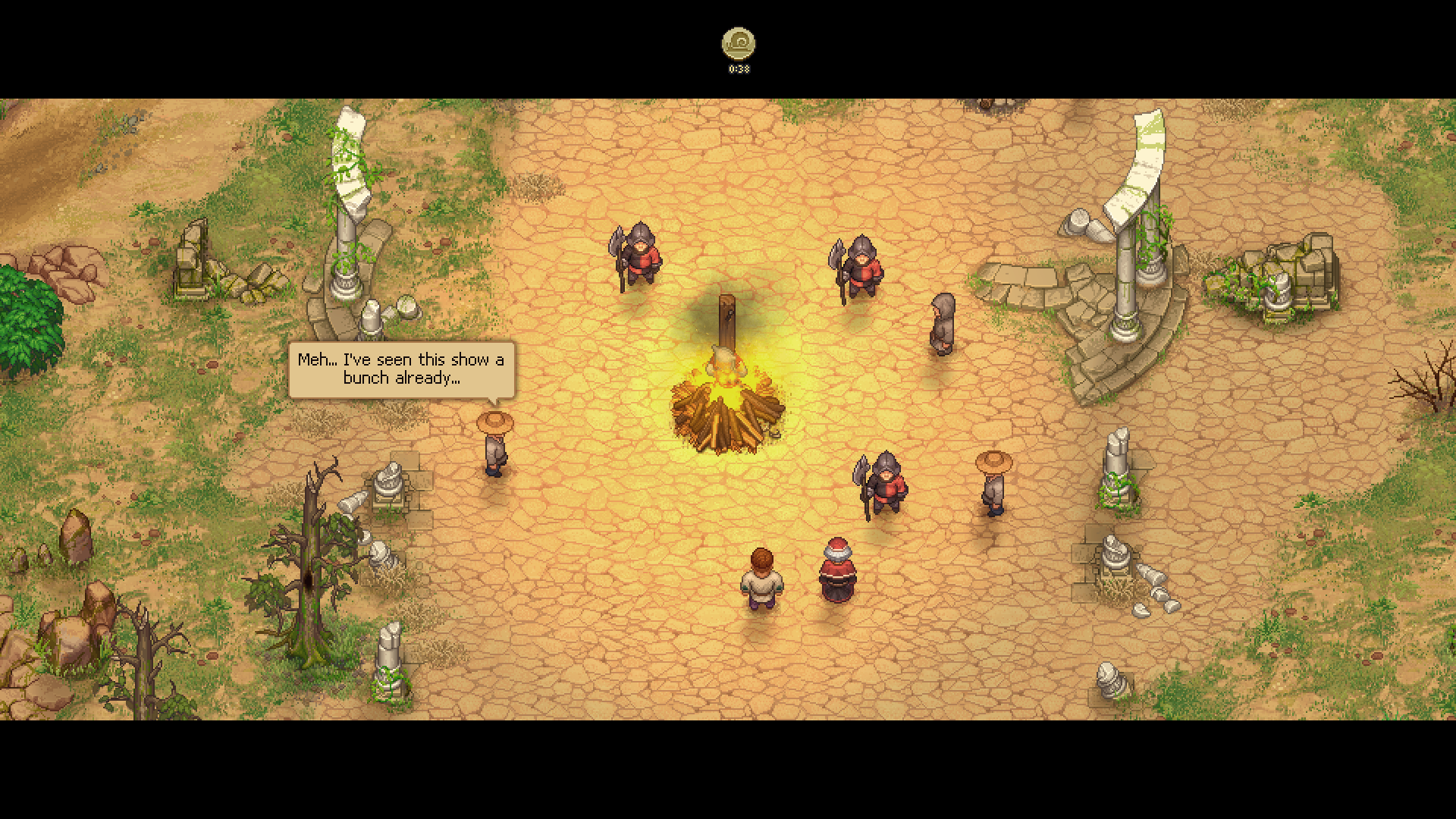 All in all Graveyard Keeper is very entertaining, but there are definitely a few glaring deficiencies I wouldn’t mind seeing fixed sometime. The first major one being that while you are piled with tasks and quests you are NOT given so much as a whisper of a tutorial on how to do most things. You get the whole graveyard keeping tutorial at the beginning and a few panels here and there about the basics, but getting further into the game where you start getting into things like Embalming and Alchemy…absolutely nothing…

I had to Google how to do many things you’re tasked with and just based on Steam’s message boards I’d say I’m not alone. Another complaint would be with transporting materials. Most of it can be done by just putting items in your pockets..which is pretty standard fare, but some of it has to be carried in large chunks one at a time. So, while carrying them short distances is perfectly fine, having to carry them halfway across the map…not so much. Give me a dang cart or something!

This Story Is Full Of Holes 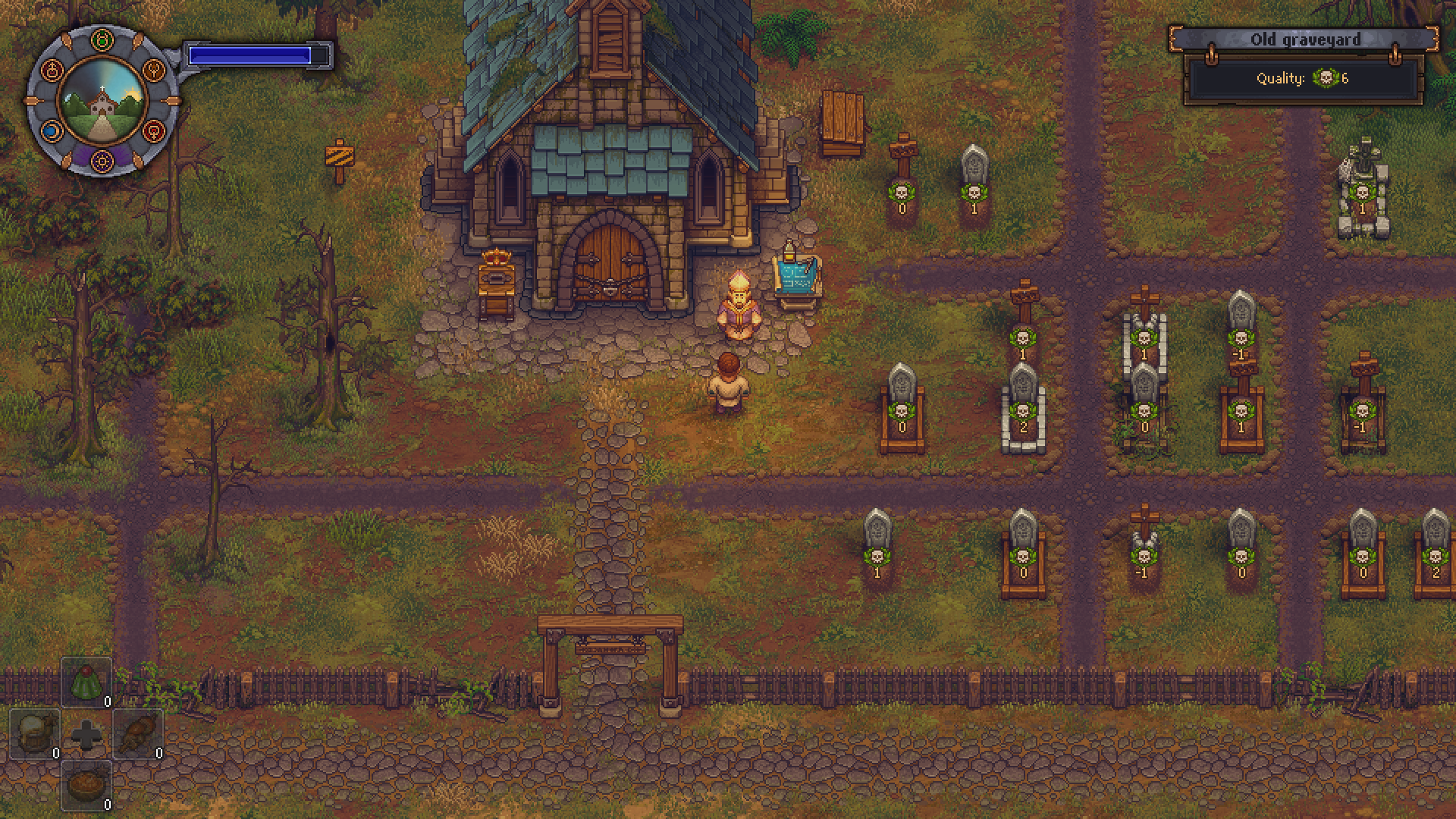 The story is pretty segmented and forgettable, but it’s also necessary if you want to actually beat the game. I know right? I was impressed and surprised as well…a sim game that has an ACTUAL ending? Glorious! Though I have heard through the rumor mill that there is DLC in the works. There are definitely some noticeable holes I hope the DLC deals with that will *fingers crossed* lead to a more polished and complete game.

But honestly despite those problems the game is still super fun and I’m really enjoying it. I don’t play these types of games very often as I find they get boring and repetitive really quickly. This one on the other hand has so much stuff to keep you going that the tasks don’t even get a chance to become monotonous. There’s enough Witch burnings and talking donkeys to keep anyone entertained!

So what’s your opinion of Graveyard Keeper? Let me know way down there in the comments!

Be sure to check out my impressions of more games like this on The Backlog Odyssey YouTube channel!

Images and logos found in the thumbnail for this review courtesy of Lazy Bear Games and the Graveyard Keeper press kit. Screenshots and footage created by The Backlog Odyssey

What do you get when you mix amazing voxel graphics and vulgar antics? The wonderfully charming Hakoniwa Explorer Plus by suxamethonium and […]

Cotton candy colored artwork, a coven of adorable little witches, and more firepower than a horde of disgruntled dragons. That’s what you […]

Wasn’t it fun as a kid to play with your food? When your parents weren’t watching of course, your sandwich halves would […]

Have you ever had a genre of games that you always wanted to try, but you just never do? In fact, you […]