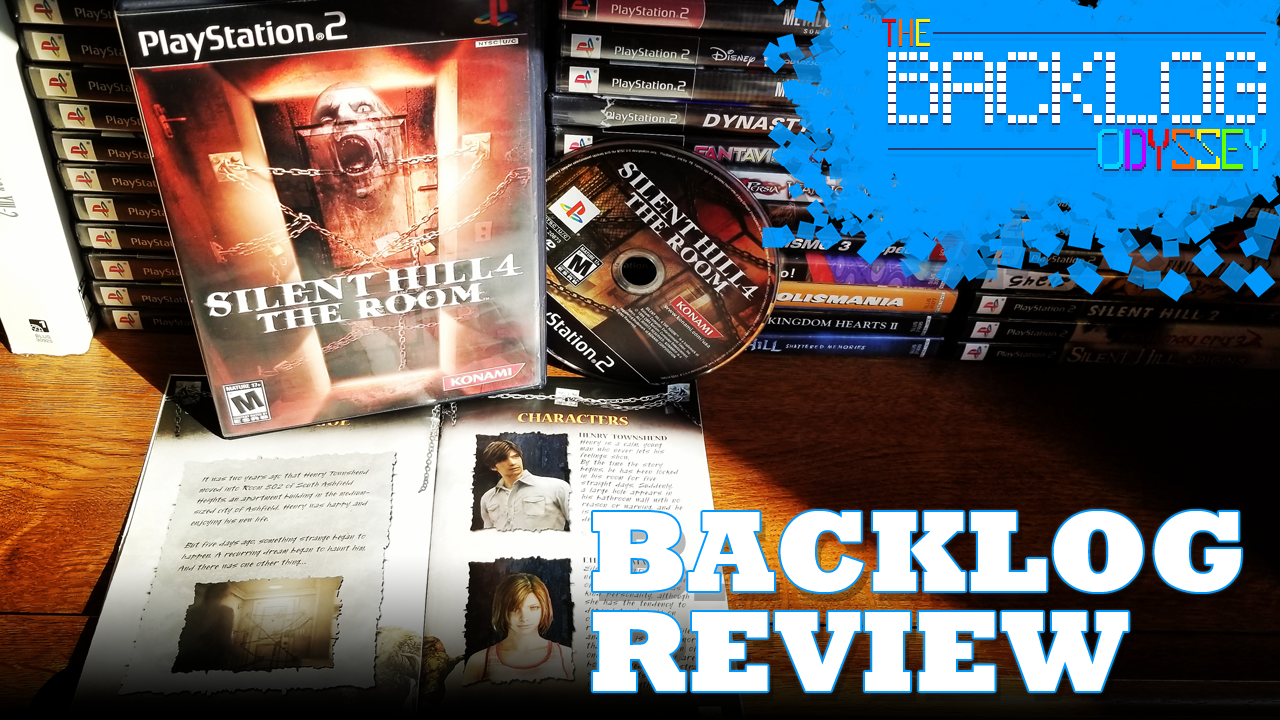 I take a look at the game that has an unhealthy obsession with dank and disgusting holes, Silent Hill 4: The Room.

It Starts With Denial 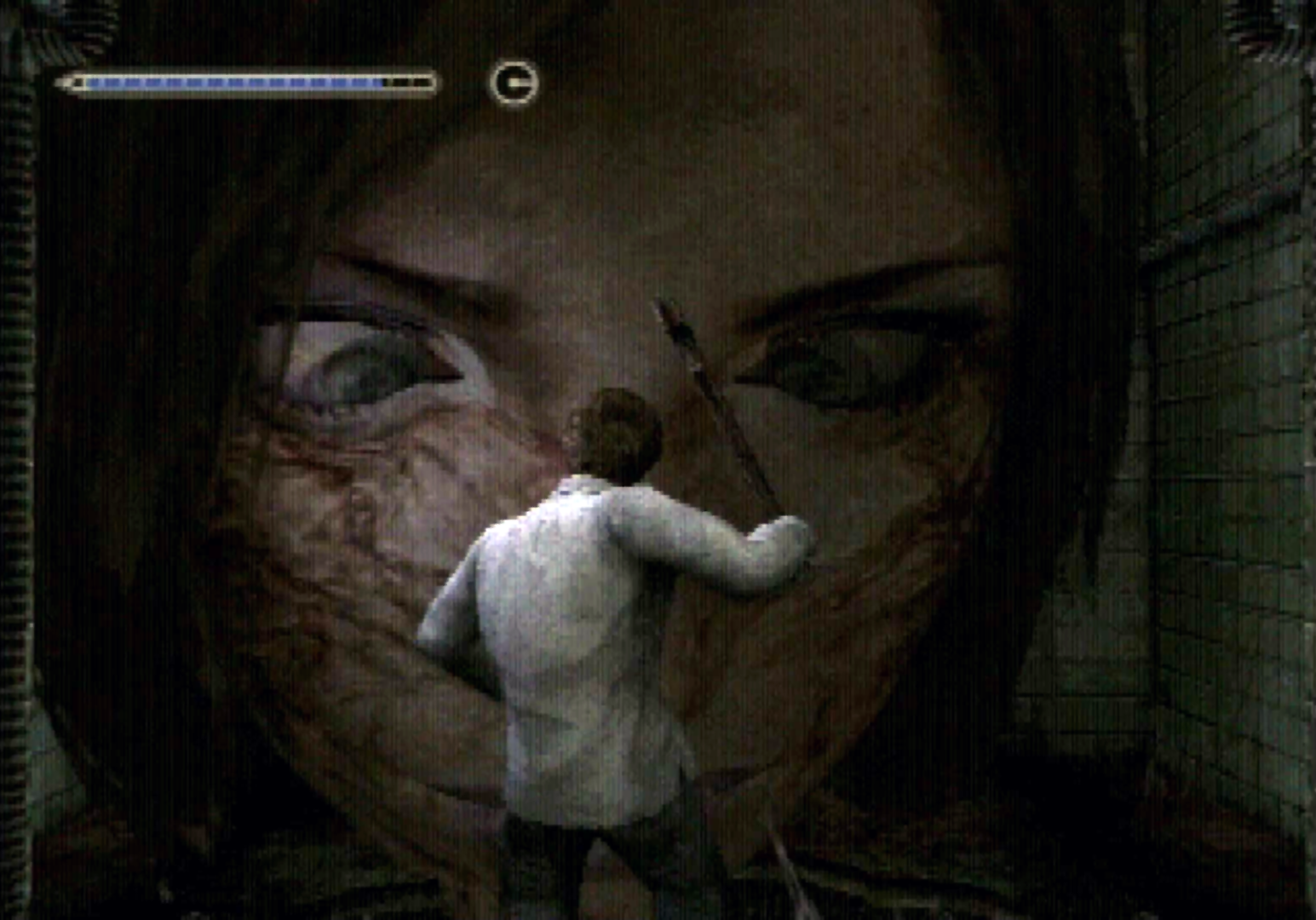 If I’m going to be perfectly honest I’ve always had a love/hate relationship with the Silent Hill series. Going from illogically hating it as a Resident Evil fanboy, to loving it for its dark and disturbing atmosphere, to once again loathing it for it’s horribly clunky and unruly combat mechanics. You see, I have this inexplicable habit to keep trying things until I force myself to like it. So, I always seem to come crawling back to the series.

The same could be said about Silent Hill 4. If I recall correctly, I had no desire to ever revisit this game after playing it the first time. It was one of those games that just made you go… UUUGGGHHH… everytime you think about playing it. Nevertheless, after all these years I wanted to revisit it to figure out why it always left me with a bad taste in my mouth. 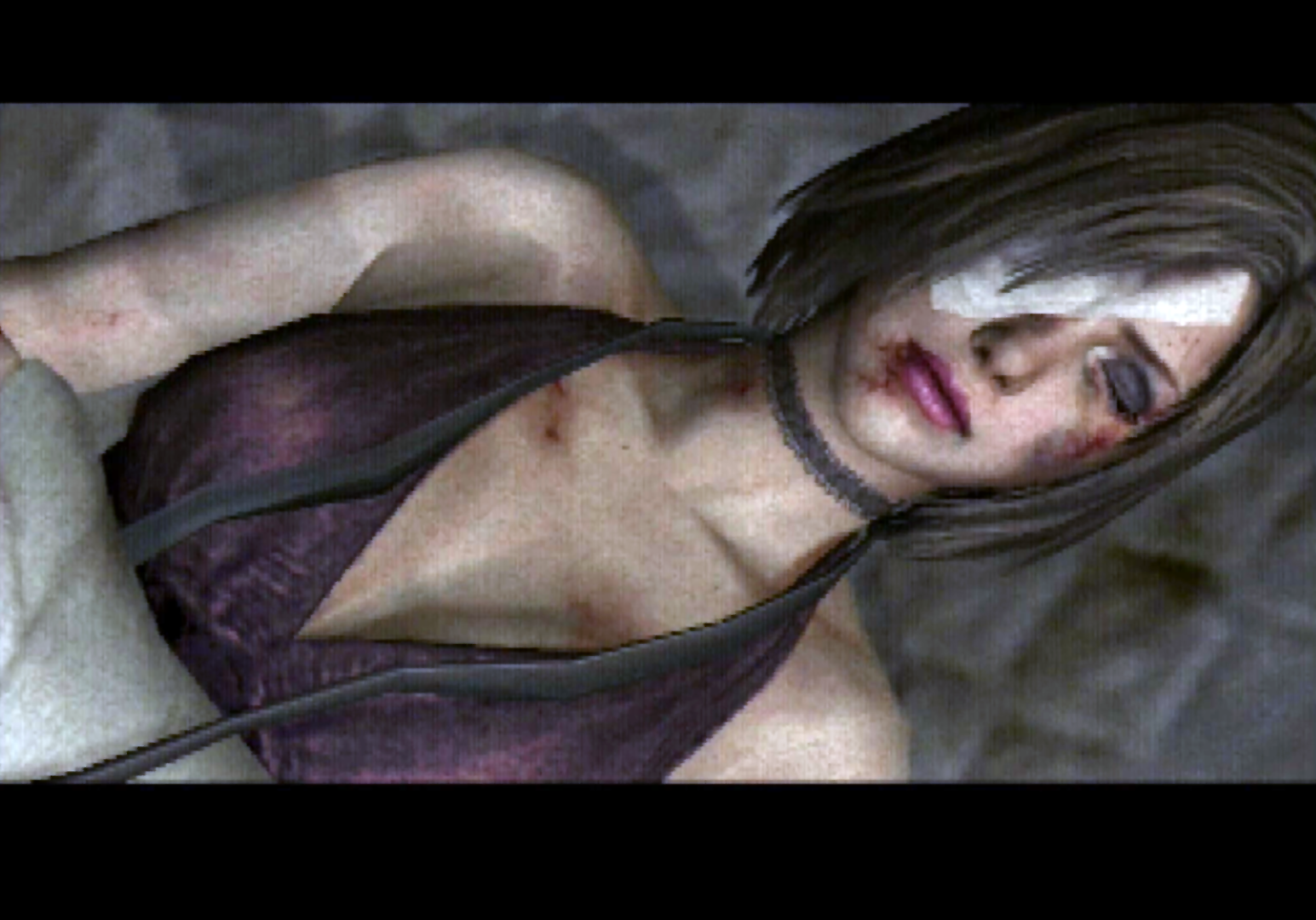 Silent Hill 4 is the last numbered installment to Konami’s famed survival horror franchise and was released in 2004 for the PlayStation 2, Xbox, and Windows PCs. Headed by Team Silent, development on Silent Hill 4 began soon after the release of Silent Hill 2 and was worked on in tandem to Silent Hill 3. Konami’s original intention was to take a departure from the established series formula and add new features that would set it apart from its predecessors. Whether or not Konami was successful in that regard is a decisive topic, but that’s an argument that’s ricketier than a two legged stool.

In Silent Hill 4 you play as Henry Townshend, introvert, peeping tom extraordinaire, and resident of the Ashfield Heights apartment complex. For the past five days Henry has been trapped in his apartment by supernatural forces with seemingly no way to escape. Short of a hole in the wall and a peephole in his door to watch his superintendent vigorously vacuum the halls, he has no connection to the outside world either. 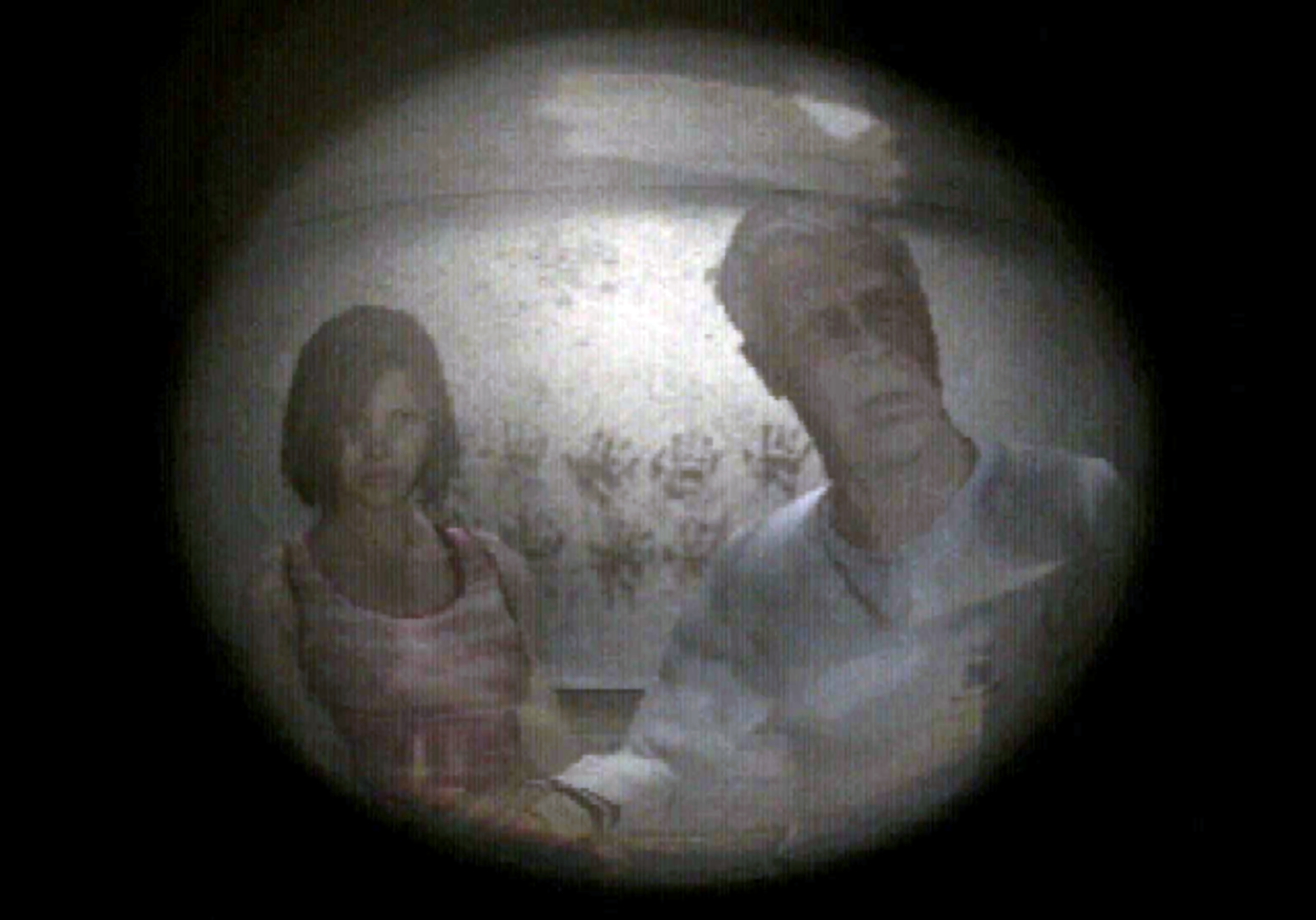 On top of it all, it just so happens that Mr. Townshend’s apartment is somehow linked to a mysterious and fanatical serial killer! Who years after his last victim is now back on the prowl. Luckily (though he may think otherwise), Henry’s apartment is a nexus of portals to the twisted and dangerous otherworld that’s so prevalent in this series. Against any sane person’s best judgement, Henry enters these “shifty as heck” holes to find that they are connected to the killer and he must unravel the tangled web of clues in order to escape. 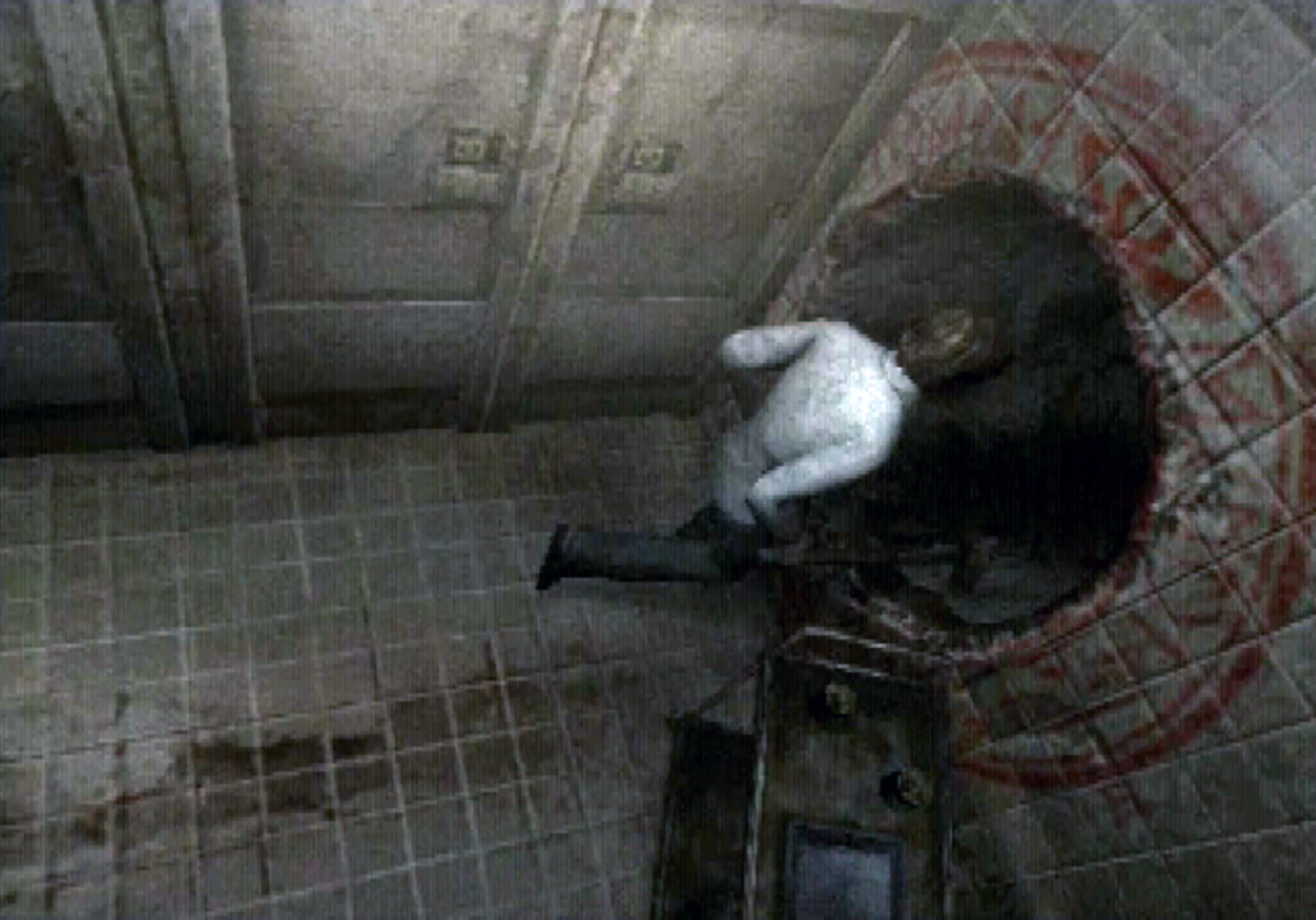 Like the games that came before it, Silent Hill 4 is an intriguing experience filled with grotesque monsters, unnerving environments and haunting music. Also, like its predecessors Silent Hill 4 is plagued with horribly clunky controls, stiff combat and obtuse environmental puzzles. You would think Konami would have learned from their mistakes by this point but alas they keep falling down the same deep, dank hole. C’est la vie.

Because the atmosphere in these games has always been fascinatingly somber and well crafted I’m usually able to look past their quirks. Silent Hill 4 follows that up with its own brand of “beat your face off the wall” frustrations. Things like the added first person sequences in Henry’s apartment feel shoehorned in and only break the flow of the game. In addition to that, departures from the clever puzzles found in previous games is a bit of a disappointment. They may have required some real brain power to decipher but they were always fun to solve. Silent Hill 4 on the other hand just leaves it at obtuse and calls it a day. I had to scour multiple FAQs just to figure out where the heck to go next on more than a few occasions. 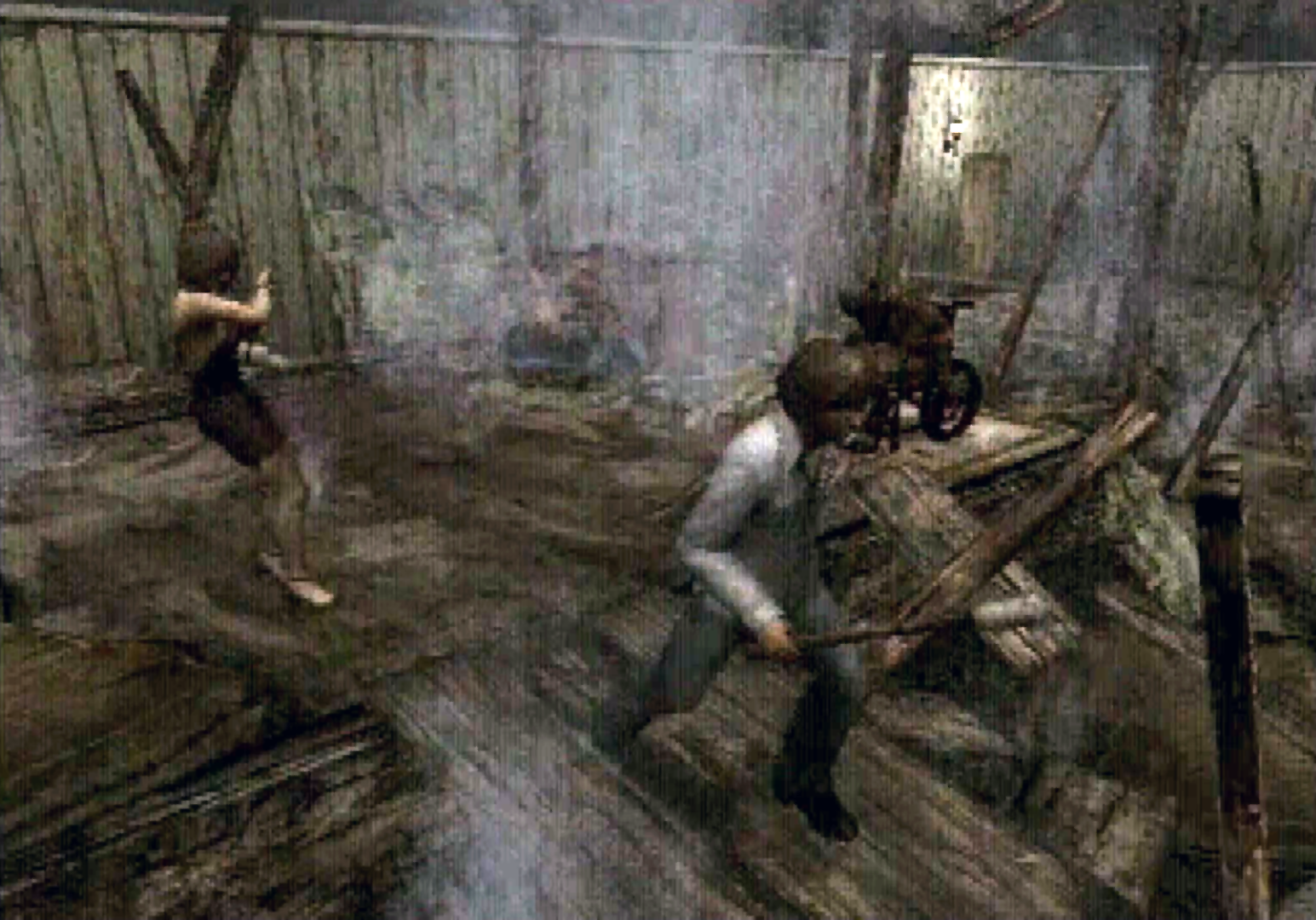 It doesn’t stop there either. Silent Hill 4 throws the whole “reward you for your work and progress” thing out the window as well. Instead, as you get further in the game it creates more and more roadblocks and annoyances that are purely used to hinder your progress. And not the fun kind either. It’s more like the kind that’ll make you want to disconnect your PS2 and lock it up in storage (game included) for another decade. You know, long enough to forget why you hated the game in the first place.

My Mind Has Been Made Up 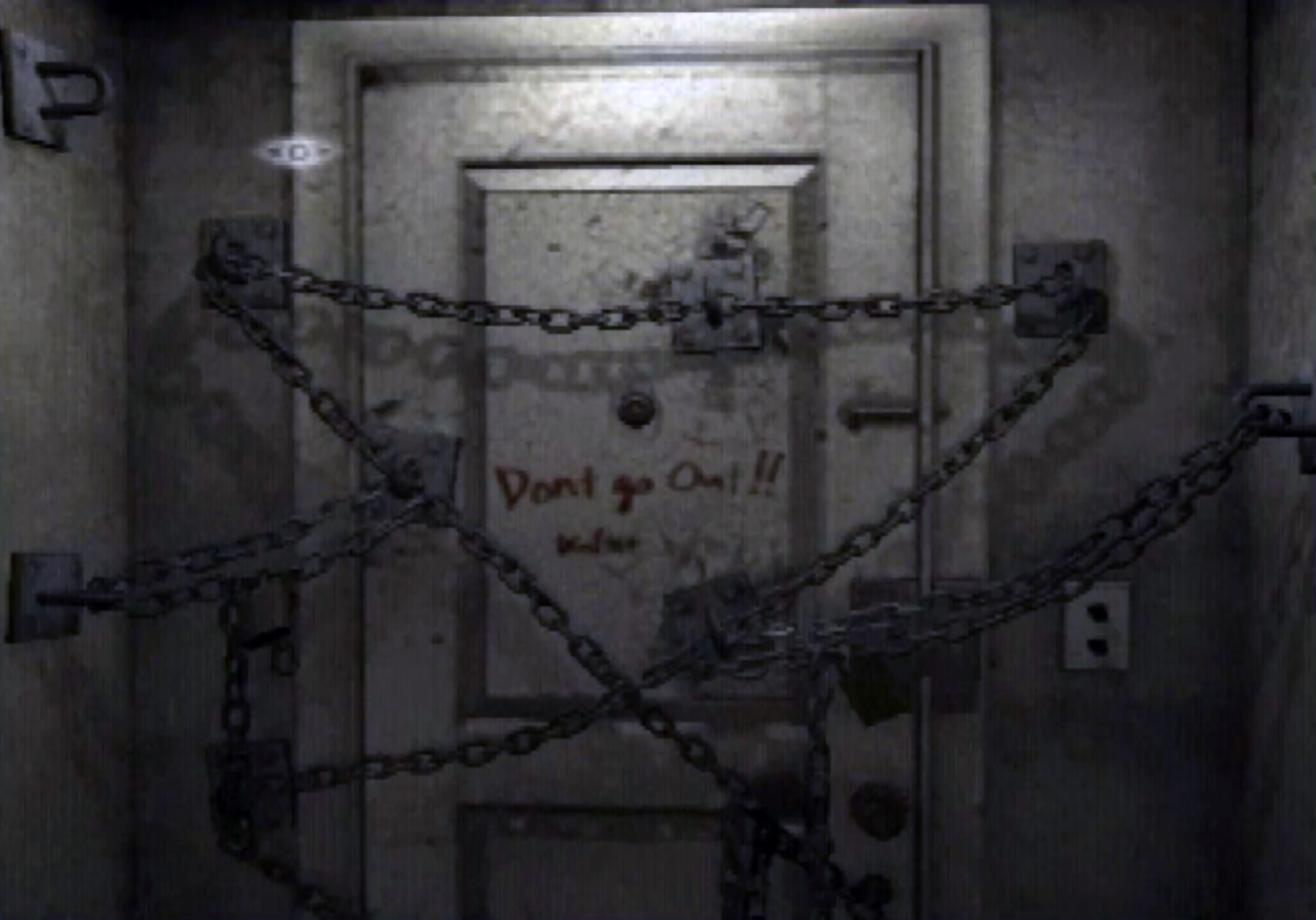 Ok, ok, Silent Hill 4 isn’t a completely horrible game. It may not be the best in the Silent Hill series by a long shot, but there’s still fun to be had. Well, if nothing else, the horrible voice acting will keep you entertained. Believe you me, I wanted to put it down and never return a few times, but I kept coming back, like I always do. Mostly to see how it would conclude and because of my deep seeded masochistic tendencies to replay games I dislike. I’m weird like that. 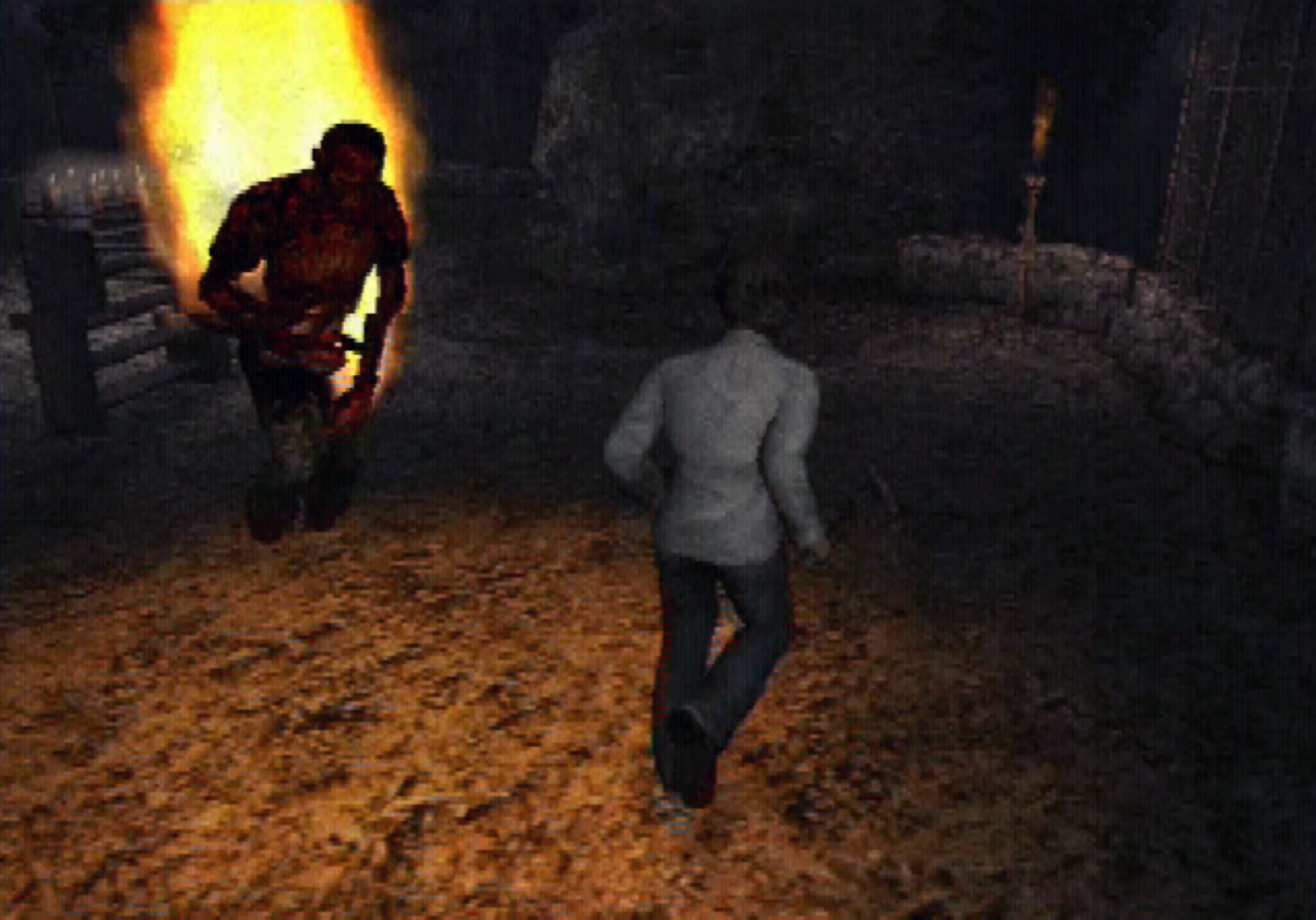 I’ve certainly come around on the Silent Hill franchise over the years and I can appreciate it for what it is and what it did for the survival horror genre. I don’t think my feelings will ever change for Henry Townshend’s misadventure. What replaying Silent Hill 4 really did for me though was remind me that Konami needs to get their heads out of those pachinko shaped clouds and deliver on a sequel dang it! Or at least let Kojima finish P.T.! Dreamers gonna dream, am I right?

So what do you guys think of Silent Hill 4: The Room? Are you a fan of the Silent Hill series? If so, what’s your favorite one? Let me know way down there in the comments.

Screenshots and images created by The Backlog Odyssey

You know what’s great? Being able to sit next to your loved ones and play games together. You get to laugh, joke, […]

You know, we often live inside our own heads and that can be a tough place to be. However, sharing that space […]

There are a lot of ways to unwind after a long work day, and for those who partake in the odd alcoholic […]

After playing the recently updated M Edition of Lust from Beyond, we couldn’t help but feel that the vision for the original […]

Silent Hill 4: The Room
Played On